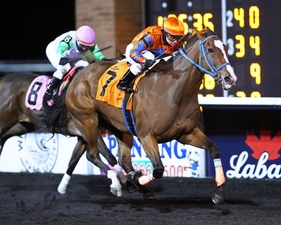 "We'll give him a little break  now," said Motion. He's been going at it pretty hard all summer. Then we'll take him to Florida."

English Bee won the 1 mile turf race at Parx by a neck after stalking the pace, going four wide on the final turn and just getting up under pressure in the final strides .

English Bee has now won five times, three of them stakes, with one second and one third from 10 starts and has earnings of $327,150.

MOTION HAD both the winner, With Herself, a 4-year-old owned by Eclipse Thoroughbred Partners and ERJ Racing LLC, and the second placed horse, Memories, in  $30,000, 1 mile and 70 yards Maiden Special Weight for fillies and mares 3 years old and up at Presque Isle on Oct. 16. 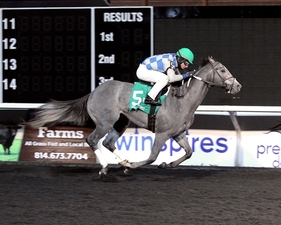 Newstome winning the $100,000 Mark McDermott Stakes (Photo by Coady Photography)"Memories is going in the November sale," said Motion. "With Herself has taken a little while to come around. We'll move on from that, and she'll go to Florida, too."

"Tuned came to me from England," said Motion. "I've had her over the summer, and she's been training well. There's a stakes at Aqueduct at the end of November that we're aiming her for."

After going six wide on the final turn, Tuned drove past the leaders and drew off to win by 2 1/4 lengths.

Mean Mary led all the way and drew off in the stretch to win by  3 1/4 lengths. 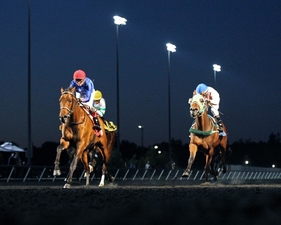 Bunting disputed the pace two wide up to the stretch and then drew away to win by 2 3/4 lengths.

Albert Park won by  3/4 lengths in his second start, having won a maiden special weight in his first start on Sept. 19 at Arlington.

New York Groove drew off late to win by 2 /2 lengths.

She won for the third time in three races after winning a maiden special weight at Presque Isle on Aug. 14 and then a allowance race at the same track on Sept. 10. 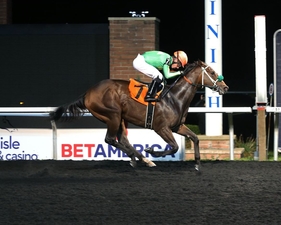 Newstome won by 3 lengths in his third start after winning a maiden special weight at Parx on Aug. 3 and then finishing seventh in the Rosie's Stakes at Colonial Downs on Aug. 31.

Darcy Mae won by 1 1/4 lengths to capture her first stake win after winning a number of allowance races.

She has now won eight races with four seconds and one third from 18 starts and as earnings of $234,750.