Three years after it formed with the promise of protecting young athletes from sexual abuse, the United States Center for SafeSport is facing increased criticism from individuals in sports due to its process of investigating and banning athletes from Olympic sports. 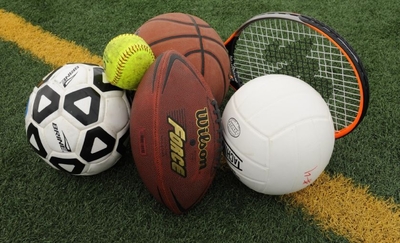 The organization, created in 2017 to address abuse in sport, in particular forms of sexual abuse, was supposed to ease worries about athlete safety.

Dedicated to protecting athletes and federally authorized by Congress, the nonprofit initially was touted as a positive way to improve safety and address the significant problems facing many U.S. Olympic sports, most publicly gymnastics where Larry Nassar was convicted of federal child pornography charges.

SafeSport was established in the midst of his trial, in March 2017.

IN RESPONDING to allegations of abuse, however, it has faced a backlash from the supporters of banned athletes, coaches, and attorneys who believe that the organization operates outside of the justice system and does not provide adequate due process to the accused.

This pushback has clouded the organization as it works to effectively carry out its mission of protecting athletes from abuse.

“In my view, SafeSport was never intended to actually do what the United States Olympic Committee says that it is meant to do,” says Sarah Klein, an attorney who has represented clients in cases against abusive coaches.

The Center for SafeSport was chartered by the United States Olympic and Paralympic Committee (USOPC) to investigate and enforce the SafeSport Code that outlines appropriate behavior in all U.S. Olympic sporting bodies, such as interactions between coaches and athletes and appropriate team behavior.

SafeSport also has received the support of the federal government, as the U.S. Congress passed the bipartisan Protecting Young Victims from Sexual Abuse and Safe Sport Authorization Act of 2017.

The Act grants the Center with exclusive jurisdiction to address reports of abuse within the USOPC and the National Governing Bodies (NGBs) of Olympic sports, meaning that the Center is the only body responsible for deciding whether or not an individual is eligible to participate in sport.

The NGBs are required to comply with the Center’s decisions in order to continue their status as a sports implementer.

“There are growing pains, which every organization experiences. It takes time and energy to create a great program,” says Abby Howard, Associate Counsel and Director of Safe Sport at USA Swimming, one of the NGBs. “SafeSport is the next step forward, and we will support it and will make every effort to make sure it succeeds.”

Anyone can make a report to SafeSport via phone or their website.

After reporting, the case may be referred for a formal investigation which can result in an official SafeSport sanction.

These sanctions can take many different forms, including a lifetime ban from the relevant sport.

As of February 2020, the Center had received almost 5,000 reports from the time it opened in March 2017 and has sanctioned 627 individuals.

SafeSport is able to investigate cases that would otherwise be closed because the Center is not bound by statutes of limitations.

Avery Gahagan, a Canadian who works in the equestrian community, views the Center as a positive step forward especially because of its ability to investigate older cases.

“SafeSport is a system and structure designed to bring some accountability to acts that are no longer possible to go through the courts,” she said.

SafeSport has received widespread support, given its focus on stopping the abuse, but the problems lie in how the Center carries out investigations, as many details of investigations are kept private in order to protect the anonymity of accusers.

The limited amount of publicly-available information about SafeSport investigations has resulted in accusations of a lack of due process afforded to accused individuals.

“The Center also has multiple internal safeguards in place before any person is sanctioned or suspended," SafeSport CEO Ju’RieseColón said. “For instance, we guarantee hearings on temporary suspensions within 72 hours, if a Respondent requests, so that those individuals who think we got it wrong can challenge our decision before an independent arbitrator.”

Criticism of SafeSport has become particularly heated in equestrian sports, where the backlash has come from defenders of the banned athletes and coaches.

A beloved and celebrated champion of the sport, George Morris, was permanently banned by the Center in 2019 due to his alleged abuse of young equestrians during his coaching career.

Details of the investigation were kept private in order to protect the anonymity of Morris’s accusers.

Morris requested an arbitration that was conducted before an independent arbitrator who upheld the ban.

The response was quick and furious.

A Facebook group, which now has almost 8,000 members, called I STAND WITH GEORGE was created in August for supporters of Morris.

One member of the group, Diane Carney, has taken steps beyond the Facebook page to address what she perceives as SafeSport’s shortcomings.

Carney, herself an avid equestrian, is the President of Athletes for Equity in Sport, a group whose mission is to ensure that every participant in a SafeSport investigation is treated fairly.

“Athletes for Equity in Sport believes in the intent of SafeSport, but urgently demands due process in their procedure,” says Carney. “Yes of course, abuse should be dealt with, no one should be against SafeSport. What we want is a stronger, better SafeSport.”

Not all of the criticism against the Center has come from defenders of the accused such as Carney.

Some is coming from those who think the organization is not doing enough to protect victims, including attorneys like Klein.

"SafeSport was a marketing response to a rampant sexual abuse problem that the USOPC wanted to ignore.," said Klein. "There was never any authentic intention for it to be something that regulates safety in sport. It was a reactive creation. When the USOPC and the NGBs saw the train coming for them, they created this farce of an entity.”

Other criticism comes from those who think SafeSport is unable to complete its mandate and effectively protect victims.

“Either SafeSport is a puppet of the USOPC and they do what it wants them to do and make sure they protect our coach system, or SafeSport is fairly incompetent. I tend to believe that they’re just a new organization,” says Stephen Estey, an attorney who represents women who have accused Tae Kwon Do athletes and coaches of abuse.

Although Klein and Estey disagree on the exact nature of SafeSport’s perceived inadequacy, they agree that proceedings related to SafeSport issues should be handled by law enforcement and in a court of law.

“The biggest problem I see with SafeSport is that, when there’s an allegation of sexual abuse, it should go to the trained, third-party professionals, which is the police,” says Estey. “The police have detectives who are specially trained how to investigate allegations of sexual assault, sexual abuse, and there are techniques that you need to employ when you’re dealing with victims of sexual assault, sexual abuse because the victims, the survivors, are often-times confused, they feel ashamed, they blame themselves and unless you’re trauma-informed and trained in this area, you’re not going to do an effective job.”

Despite the criticism of the SafeSport, not all responses have been negative, with some individuals like Avery Gahagan, a Canadian who works in-gates at horse shows, defending the Center’s actions so far.

IIn an interview, Gahagan said that at a horse show, “a male trainer came up to me and he said that someone told me that I couldn’t give a girl a leg up onto the horse anymore. But, with barely a beat, finishing that sentence, he said I’m still mad I’m not allowed to give them a pat on the ass for good luck.”

In particular, she was surprised by the number of people who have criticized SafeSport’s perceived lack of due process as she sees SafeSpot's role is as an enforcer of a private code of conduct, not necessarily akin to a court of law.

“There is a general misunderstanding about how the system is designed to work." she said. "I was sort of startled by the number of people who seemed to misunderstand a court of law and a private club. But no one is owed membership to a private institution.”

Carney acknowledges that sport participation is technically akin to participating in a private club, and that SafeSport is enforcing the rules of that club.

However, she thinks that—given the stakes—this explanation is not strong enough to justify the Center’s actions.

“This issue is so serious and so important,” she said. “When you’re talking about people’s lives, I think you ought to have something better than codes. In America, we can do better.”