Beautiful race courses around the world

Is Churchill Downs, Kentucky the most beautiful racecourse in the world? 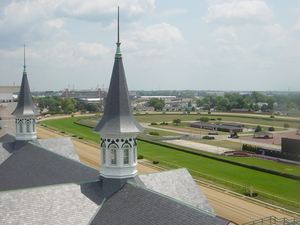 Churchill Downs' two towers (Photo by Abbie Myers)Racecourses have a certain elegance about them. Every one is unique, yet they all keep the same values of formality and class.

This could be somewhat down to the sheer amounts of money that's won by trainers and owners.

But when the sun is shining, the turf is looking garden-fresh and everyone is donned in their best suits and smartest dresses, there really is no better place to be.

Churchill Downs is one of the most iconic racecourses out there.

ITS TWIN towers give it a notable appearance, and its annual hosting of the Kentucky Derby makes it one of those familiar places that most people recognise.

As for Churchill Downs being the most beautiful racecourse though, it has some stiff competition.

Extraordinary and funny names are not a scarcity in sport, particularly when talking about nicknames. 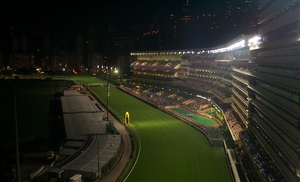 Happy Valley's arcitecture and setting is truly unique (Photo by Brad Topliff)Horses in racing add their fair share to the list, with many adopting puns or other comical words as names.

In this case though, it's a racecourse that has the unusual (yet rather charming) name of Happy Valley in China.

It's stunning backdrop behind masses of giant skyscrapers and views of Hong Kong's many bays make it one of the most scenic venues in racing. 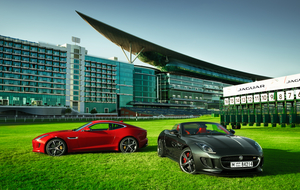 Jaguar Style Stakes. A view from the racecourse of Meydan's impressive grandstand (Photo by Jaguar MEN
Considering that glamour, elegance and prestige constitutes a lot of what racing is all about, from the spectator side of things at least, it is unsurprising that this Dubai course has made the list.

Everything in the city is outlandish and spectacular, and its racecourses are no different.

Meydan is located in the heart of the city, and boasts magnificent beauty.

Just looking at the main grandstand makes it seem like some futuristic planet.

This is largely down to the dynamic, almost ship-like roof that tops the stand.

The grandstand itself spans just shy of one mile, and can hold 60,000 spectators.

Furthermore, it has suites, a museum, a luxury hotel and restaurants, and it truly is one of the most luxurious racing venues in the world.

Fittingly, it hosts the most expensive race day in the calendar, with the Dubai World Cup offering total winnings of over $26 million. 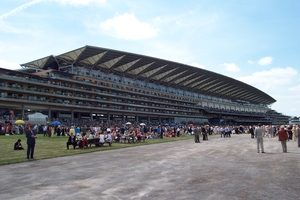 Thousands of punters and racing fans flock to Ascot each year (Photo by Troxx)From the lavish and the bold, to something a little more subtle - yet still as beautiful. Ascot is owned by the Royal Family, and has been since it was opened by Queen Anne in 1711.

As you can imagine, there is a certain air of class surrounding this venue.

Its modern grandstand and stunning parade ring add to the elegance, and make it a worthwhile venue to visit. 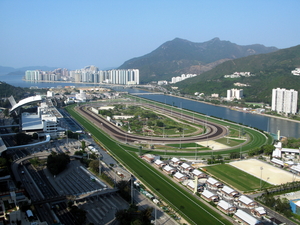 Sha Tin hosts 474 races over the course of the racing season (Photo by WiNG)Both of the two Hong Kong racecourses have made it into this list, and with good reason too.

Sha Tin is another beautifully-designed course.

Where Happy Valley made the list down to its setting, Sha Tin offers more as a venue.

Its main grandstand is a joy to look at.

Its architecture is unique and unlike what we see in the U.S, U.K and other parts of Asia.

With a enormous first tier, thousands of spectators can watch over the home straight, with boxes and suites above at the top.

Furthermore, the parade ring at Sha Tin alone is enough for the course to make this list. A stunning and compact area is topped off with a retractable roof. The wealth here is clear to see.

View from inside the upper tier (Photo by Synyan)Being the fourth highest-capacity racecourse in the world (and the highest anywhere outside of Japan), Flemington has made the list due to the sheer scale of its grandstand.

Over 120,000 spectators can pack into this venue, which has a multi-tiered stand.

One thing that is unique about the grandstand though is its glass panels that enclose the three upper tiers.

This still gives spectators a complete view of the course, but has that goldfish-bowl effect.

To conclude, there are some truly breathtaking racing venues across the globe.

Whether it is the backdrop, the scenery, the grandstand or the course itself, each venue offers something a little different.

Churchill Downs is far from the most extravagant.

It is not home to the biggest grandstand.

Nor does it have towering building or imposing mountains overlooking it.

What it does have is a lot of character and an illustrious history that few other courses can compete with.

Is is the most beautiful venue?

No. But that’s okay, because in its own subtle, low-key way, it offers so much more than many other racecourses.