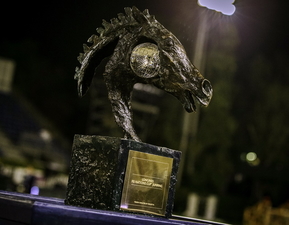 The hosts from Spain won the Challenge Cup, and it was an edge-of-the-seat last-to-go clear round from Sergio Alvarez Moya and Jet Run that clinched it.

The Spanish team won with just four faults to finish ahead of The Netherlands in second place on eight, while Brazil, Great Britain and USA tied for third place when all three sides completed on 12 faults.

A total of nine teams competed in this competition open to the nations that did not qualify for tomorrow's second-round series decider, and Japan finished sixth, Mexico seventh, Norway eighth and Egypt finished ninth.