TIMONIUM, Md.--A colt by Union Rags out Taglewood Tale, by Tale of the Cat, sold for $925,000, claiming the top spot briefly when he was sold to Michael Lund Peterson from the consignment of Bobby Dodd, agent. 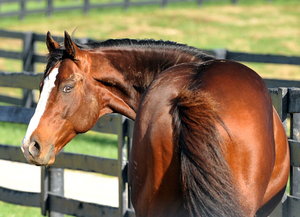 That colt worked an eighth in 10 flat on Sunday.

Sold as Hip 561, he represented a successful pinhook for his sellers, who purchased him for $90,000 at last year’s New York Bred Yearlings Sale in Saratoga.

But the Union Rags colt only claimed the top spot briefly, as four horses later the sale topper came towards the end of the second session.

The colt is the first foal out of the graded stakes winning Tapit mare Tapicat, and he worked an eighth in 10:1 during the Sunday session of the under tack show.

The highest priced Pa-bred was a colt by Griesan Fire outof Avani Force consigned by Grassroots Traning & Sales LLC that was bougth by Gary Young, agent for Mike Dubb, for $210,000.

For the fourth consecutive year, it was a seven-figure juvenile that topped the Midlantic Two-Year-Olds in Training sale. 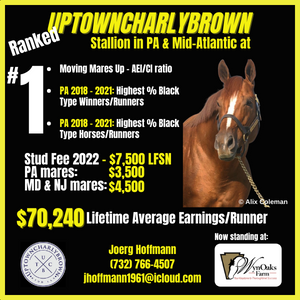 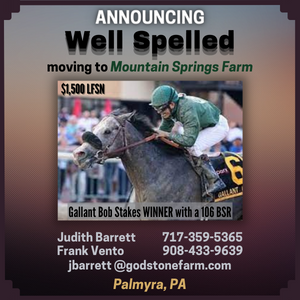 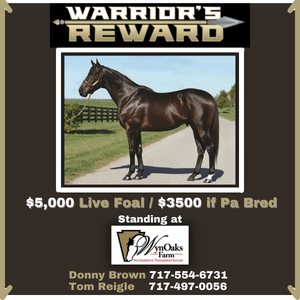