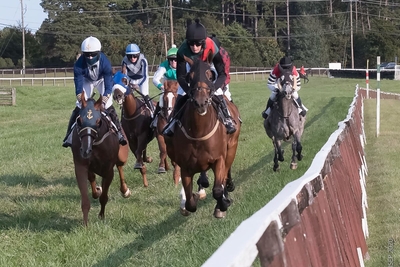 Will we ever get back to normal.

With an abundance of caution and great concern for our community, the Aiken Steeplechase Association (a 501(c)3 charitable organization) is cancelling the Spring Steeplechase that was to be held on Saturday, March 20, 2021 at Bruce's Field.

The Directors of the Aiken Steeplechase Association are very disappointed to have to come to this decision, but feel the safety of our patrons and the community at large is paramount.

We are excited to share with the public the development of our new venue in the coming months and look forward to seeing the new race course filled with our devoted patrons.

As you know, our spring races in Charlettesville, Va., are scheduled for April 24th. After much careful consideration, our Board has decided that the chances of the pandemic being well enough controlled by April is slim enough that we will not be able to have a normal race meet this spring. Things could change, but not in enough time to prepare for a normal meet.

Therefore, we will put all our efforts into our Fall Races on October 3rd. We will have an enhanced event with emerging sponsorship opportunities and offer increased purses for the races to attract a top field of runners. We will be announcing these plans as we emerge from the pandemic and look forward to hosting everyone in October.

Thank you for supporting the Foxfield Races.

PETE McGIVNEY whose eclectic duties ranged from assistant racing secretary, office manager, and statistician to bookkeeper, steward’s secretary, and go-to IT guy, is retiring from the National Steeplechase Association staff after 30 years. 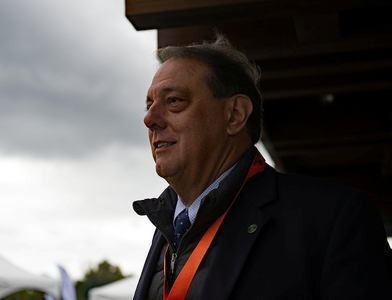 Pete McGivneyThough he truly was a jack of all trades, McGivney, 67, held the actual title of general manager, with the primary role of handling the administrative and financial affairs of the NSA.

For the next few months, McGivney will continue to work with the NSA as a consultant, training and assisting his replacement.

After earning a bachelor’s degree from Fordham University in 1975, McGivney took a position in the racing secretary’s office at the New York Racing Association, where he later served as a racing official.

He remained at NYRA until 1990, and during that time he also earned an MBA at Adelphi University.

How he ended up at the NSA is story in itself, and here’s how it happened in McGivney’s own words:

“The NSA office used to be located in the racing administration building at Belmont Park,” McGivney recalled. “I’ve known Bill Gallo since 1977 when he started working for the NSA as the assistant racing secretary. That year, Charlie Colgan, the NSA racing secretary at that time, actually offered me the position before Bill. I turned it down. Twelve years later, I stopped by the NSA office to say hello to Bill and Charlie, and we talked about the NSA’s move from New York to Fair Hill, Md. During the conversation I said that if the NSA was ever looking for someone, to let me know. The rest is history. I was offered the job as assistant racing secretary and moved my family to Delaware. The office is a 10-mile ride from home, quite a different ride than the one I had on the Belt Parkway from my home in Floral Park to Aqueduct Race Track.”

It’s never easy to exit a job you love, but between the retirement of his wife, Gerry, an elementary school teacher, and the untimely loss of a string of five close friends in a single year, McGivney felt it was time to “stop and smell the roses.”

Just as he had a hand in so many aspects of racing, McGivney has an equally diverse range of interests outside the sport, including playing the guitar and keyboard as well as travel, activities he plans to pursue with renewed vigor -- the latter especially after the pandemic ends.

While McGivney looks forward to attending the races as a spectator, he’ll miss the people he’s worked with and for -- co-workers, officials, race directors, board members, and horsemen.

“The best part of working for the NSA was working with the staff – Bill Gallo, Nancy Dougherty, and Mary Guessford,” he said. “We worked as a team to get the job done, and all said, we enjoyed being together. The office could get pretty hectic and tense, but we had a lot more laughs over the years. We were more than just co-workers, we were friends. Bill and I have been friends for over forty years and have a great working relationship, always on the same page when it comes to our jobs. Mary was great at her job and, although she left the company five years ago, we talk just about every week. Nancy and I have worked very closely together and are good friends. She is a steadfast, determined, and dedicated worker.”