DEVON, Pa.--The Devon Horse Show and Country Fair  will begin a year-long celebration for its upcoming 125th anniversary in 2021 with an induction ceremony honoring the "Devon Legends" at the storied Ardrossan Estate in Villanova, Pa., on Saturday, April 25. 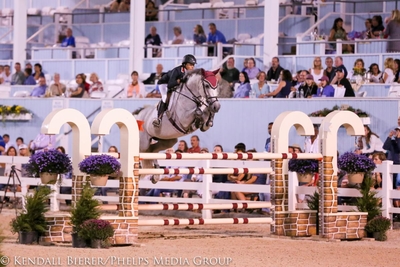 Laura Chapot shown here on Thornhill Kate, is one of the Legends to be honored.This prestigious group of inaugural honorees includes Olympians, national champions and others connected to the success of the Devon Horse Show and Country Fair.

This is the first time in the history of the distinguished competition at Devon that the legends of the sport have been recognized.

The Devon Horse Show and Country Fair looks forward to annually recognizing the many more legends that have made the event a unique and unparalleled horse show.

Meridian Bank, the presenting sponsor of the celebration, has been serving the Delaware Valley since 2004.

"THE INAUGURAL 'Devon Legends' represent the top athletes in the sport, as well as those who have helped make the Devon Horse Show and Country Fair the best event in the country for over a century," said Devon Chairman and CEO Wayne W. Grafton. "We are thrilled to be recognizing the people that have given back to the sport and to the community in so many ways. We are looking forward to this new chapter in this event's legendary history." 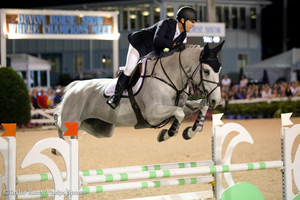 The "Devon Legends" include many of those outside of the historic Dixon Oval who have helped create the magic at the Devon Horse Show and Country Fair.

The final group of Legends being honored feature distinguished supporters who have worked to improve the event over many years, including Mrs. Edith R. Dixon, Leonard A. King, Jr., Mrs. J. Maxwell Moran and Mrs. Lawrence A. MacElree.

"We are delighted to support the Devon Horse Show and be a part of this inaugural event," said Chris Annas, CEO of Meridian Bank. "These legends represent the best of the best, it is an honor to be a part of the festivities."

Tickets for the induction ceremony at the Ardrossan Estate are expected to be available in late February and will be limited.

The Devon Horse Show and Country Fair will be celebrating its 125-year legacy with many special events, commemorations and future-focused initiatives, all leading up to a gala event in May 2021.