HARRISBURG, Pa.--While the Pennsylvania Horse Breeders Assocation fights Pa. Governor Tom Wolf's illegal effort to raid the Race Horse Development Trust Fund for $200 million, Maryland is forging ahead, not only with its own excellent breeders awards but also with a $389 million aid package that would revamp both Laurel and Pimlico racetracks and keep the Preakness Stakes in Baltimore. 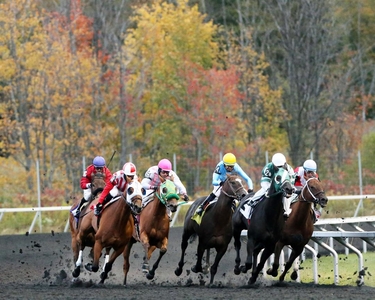 Wolf's proposal isn't legal, as it violates a trust fund created by the legislature in 2017, therefore it is going nowhere, but just the fact that he is trying to take the funds has negative consequences.

It calls into question the long-term viability and fiscal security of the state’s breeding program just days before the start of breeding season on Feb. 15.

The PHBA has reached out to all breeders to contact their congressmen to forcefully rebuke Wolf's proposal within the next few days and weeks, otherwise owners may choose to breed in other states where there is more economic certainty about the health of the industry, resulting in significant financial losses for Pennsylvania breeders.

IF APPROVED, Wolf’s proposal will have devastating consequences for the state’s agricultural and manufacturing sectors because it will destroy the state’s horseracing and breeding industries, thereby threatening 16,000 to 23,000 direct and indirect jobs.

There is $1.6 billion in economic impact that flows from racing and breeding in Pennsylvania. there are 105,458 acres of open space in Pennsylvania directly attributed to racing and breeding, plus tens of thousands of additional acres used by farmers to supply the industry with products such as straw for bedding, as well as alfalfa and other feed.

Wolf cannot legally raid the horsemen and breeder funds because Act 42 of 2017 converted the Race Horse Development Fund to a trust fund, and the money in the fund comes from assessments that casinos pay on slots revenue.

The Republican legislature will uphold Act 42, but if Democrats take over the legislature, that Act 42 could be overturned with devastating effects for Pennsylvania breeders.

When enacted, the trust fund had an immediate positive impact, resulting in significant increases in Standardbred and Thoroughbred breeding, which runs counter to national trends.

MEANWHILE, Baltimore politicians and the Stronach Group, owner of Pimlico and Laurel, are asking state lawmakers for a $389 million aid package that would revamp both tracks and keep the Preakness Stakes in Baltimore.

Their plan is expected to advance in the General Assembly.

Just a year ago, the debate over the future of Pimlico and horse racing in Maryland included a city lawsuit filed against the Stronach Group, and it seemed racing might be finished in Maryland.

The new plan is “a great opportunity for us to bring racing into the future,” said Craig Fravel, CEO of racing for the Stronach Group, the Canadian company that owns Laurel and Pimlico.

According to the Baltimore Sun, the new plan includes spending approximately $389 million to renovate Laurel Park and Pimlico Race Course.

Laurel would become a year-round facility for training and racing, while Pimlico would become a multi-use facility that would only host racing during the spring Preakness meet.

Most of the money would be raised by having the Maryland Stadium Authority issue bonds that would be paid back over 30 years by the Maryland Lottery.

The lottery funds would be replenished largely by slot machine proceeds that the state currently uses to support the racing industry.

Baltimore City or a city-designated entity could sell off about 50 acres around Pimlico for private development.

Tax incentives would include a sales tax exemption for construction materials and other goods that are bought for the track renovations.

There would be a study of the future of Stronach’s shuttered Bowie Training Center.

A committee within the Maryland Racing Commission would report on the health and welfare of racehorses.

House of Delegates Speaker Adrienne A. Jones, a Baltimore County Democrat who is a lead sponsor of the racetracks bill, said the plans would ensure a sustainable racing industry at Laurel, while also revitalizing Pimlico into a year-round destination.

“But this bill is about much more than that,” Jones said. “It’s about regional cooperation. It’s about civic pride and economic redevelopment. And it’s about showcasing Maryland’s racing to the entire world.”

In addition to having Jones as a sponsor, Senate President Bill Ferguson has expressed support for the objectives of the legislation.

Slightly different versions of the bill have been introduced in the House of Delegates and the state Senate.

“I don’t think there are many objections,” Ferguson, a Baltimore Democrat, said in an interview. “It’s about figuring out the various pieces. I have not heard major opposition.”

Ferguson said details still subject to negotiation include what happens to the property in Bowie and how the race track land is transferred to local governments.

“There are a lot of nuances. It’s a big complicated agreement,” Ferguson said. “I have every faith the committee will work those details out.”

“I think it’s a great testament to the work many of us have done over many months to get to this point,” he told lawmakers.

Last year Maryland racing seemed doomed, but the direction of negotiations shifted after the 144th Preakness Stakes last May, when Mayor Bernard C. “Jack” Young — who replaced former mayor Catherine Pugh — met with Belinda Stronach, the company’s chairman, and the two agreed to set aside their differences.

The city dropped its lawsuit and representatives from Stronach, the city and the horse industry hammered out the deal that’s currently before lawmakers.

Young, a Democrat, noted that one year ago, the effort to find money to renovate Pimlico and keep the Preakness in Baltimore “faced long odds for success.”

“Fast forward a little over a year and here we are today: Making the turn down the home stretch with those neighborhoods cheering us on for what I hope is a win for Pimlico, for Preakness, for all of Maryland,” Young said.

Sen. Guy Guzzone, who is sponsoring the racetrack renovations bill in the Senate, said last year’s dealings were “a little rough.” The Howard County Democrat said this year’s effort focuses on an efficient use of money to preserve the Preakness and help neighborhoods in Baltimore, Bowie and Laurel.

Fravel, the Stronach racing official, said of the turnaround: “It’s really a miracle.”

Baltimore Sun reporter Luke Broadwater contributed to the report in The Sun.