CHADDS FORD, Pa.--Phyllis Mills Wyeth, a breeder of thoroughbred horses, race horse owner and carriage whip, died on Jan. 14 at the age of 78. 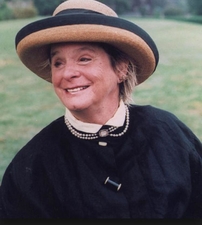 She bred Union Rags, who won the Belmont and went on to become a top producing stallion.

Wyeth was a philanthropist, conservationist and arts supporter who was an early and major supporter of the fledgling Tri-County Conservancy, which became the Brandywine Conservancy & Museum of Art, and was a founding member of its Board.

In addition to her work with the Brandywine she was a noted philanthropist, conservationist, environmentalist, arts supporter, accomplished horsewoman and a staunch advocate for the rights of the handicapped and disabled.

"SHE WAS working for Kennedy when she was hurt," said Jones, referring to the accident that left her paralyzed when she was 20.

She was driving in her lane on a road  in Virginia when an oncoming car tried to pass another car  on a hill and ran head-on into her.

Jones said he first became acquainted with Wyeth in the late '50s when he was riding races as an amateur and winning, and she was very interested in timber racing.

"She was a very strong personality," said Jones. "And she had a great connection to her horses."

Wyeth had a motorized wheel chair that she used to get around with her horses.

"After Union Rags won the Belmont, Wyeth drove right into the winner's circle and right up to Union Rags' head and reached out a hand to pat his nose," said Jones. "I've seen Union Rags put his head right into the basket that she had on the front of her scooter. She had a rapport with her horses that was very unusual. She'd do something that you'd want to say `don't do that' and she'd be fine."

"It was a treat for me to be closely involved with her," said Jones. "Her parents had great race horses, but they didn't breed them. They bought Gone West and Devil's Bag. Phyllis knew she was breaking new territory with her breeding. It gave her the greatest charge to do something her parents had tried to do and hadn't, which was to breed a champion."

Wyeth was also a talented whip and devotee of carriage driving, and Jaimie O'Rourke was closely involved with her in that discipline.

"Phyllis was remarkable," said O'Rourke. "She was an incredible woman. She competed with able bodied whips and beat them."

"She drove first a pair of Welsh ponies and then a pair of Connemaras," said O'Rourke. "Then, at Frolic's behest, she put a team of spotted four-in-hand horses together."

Frolic Weymouth, a great driving enthusiast, was a cousin.

"We went to Winterthur and then to Devon with that team," said O'Rourke. "That team was not well put together, and at Devon, we placed fifth of five, which was right. As we were driving out, she said, `If that's going to happen again, we're going shopping. She bought a pair of black and white horses in England. We won a couple of classes at Devon with them."

"She started working at the White House when she was 18," said O'Rourke. "She had an apartment in Washington, and she entertained congressmen there. She was a great fried of Ted Stevens and Ted Kennedy. She was instrumental in their passing the Amateurs with Disabilities Act."

"Phyllis had a remarkable affect on so many lives," said O'Rourke. "She just kept on going forward."

Born in New York City on Nov. 13, 1940, Phyllis Mills Wyeth was the daughter of the late James and Alice du Pont Mills.

Wyeth grew up first on Long Island, where she attended Green Vale School, but she was still very young when her parents bought Burnt Mill Farm outside of Middleburg, Va., adjacent to Hickory Tree Farm, a renowned thoroughbred breeding, training and racing facility founded by her parents.

The Mills’ family raised, owned and raced several top stakes winners such as “Devil's Bag,” “Believe It” and “Gone West.”

Growing up with a love for horses and steeplechase events, Wyeth competed in several local point-to-point races as a teenager.

While that life-altering auto accident left her disabled at age 20, Wyeth’s spirit remained ever determined, steadfast and positive throughout her entire life.

Her passion for horses and racing continued, with Wyeth becoming a well-known and respected carriage driver and an accomplished thoroughbred horse breeder and owner.

After graduating from the Ethel Walker School, where she was Head of Dial Riding her junior year, Wyeth majored in Political Science at Finch College and later attended the Columbia School of Social Work.

She worked for then-U.S. Senator John F. Kennedy, and later in the White House with President Kennedy’s special assistant.

In 1968 she married artist Jamie Wyeth of Chadds Ford, son of Andrew Wyeth and grandson of N. C. Wyeth.

The couple lived on their beautiful 240-acre Point Lookout Farm—purchased by Phyllis Wyeth’s great grandfather in 1903—on the Pennsylvania-Delaware border.

During the summer months, the couple resided at their home on Southern Island in Maine.

Nearby in Port Clyde, Maine, Mrs. Wyeth founded the Herring Gut Learning Center in 1999. Inspired by her mother, Alice du Pont Mills, who was also an environmental activist and lifelong philanthropist,

Wyeth led her life with a dedication to the environment and giving back to her community.

Wyeth was later awarded the NOAA Fisheries Environmental Hero award in 2002 for her efforts with the organization.

Wyeth and her husband, Jamie, were also one of the first to grant a conservation easement to the Brandywine Conservancy in 1969, preserving 44.5 acres of their land along the west bank of the Brandywine River, permanently protecting it from development.

Wyeth had an extraordinary career in public service, both advocating for the arts and for the rights of the disabled.

She worked as a teacher for the Terry Children's Psychiatric Center in Wilmington, Del., and spent many years in Washington, D.C., working as a consultant for the National Endowment for the Arts, as vice chairperson of the National Committee on Arts for the Handicapped.

She assisted with the National Very Special Arts Festival.

She was appointed to the National Endowment for the Arts and Handicapped Advisory Task Force to the White House Conference on Handicapped Individuals and served on the President’s Committee on the Employment of the Handicapped.

Funeral services will be private.

In the coming weeks the Brandywine River Museum of Art will host a selection of paintings of Phyllis Wyeth by her husband, Jamie, as a special tribute exhibition.