"Devon Legends" to be honored in April at Ardrossan

DEVON, Pa.--The year 2021 will see the 125th anniversary of the Devon Horse Show and Country Fair, and in honor of its longevity, Devon is holding a year-long celebration. 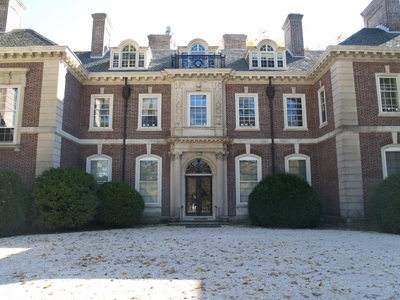 International equestrian luminarieswill be honored during that event.

The honorees will be announced at the end of January as the inaugural group of Legends.

Olympians, national champions, and other luminaries connected to the success of the Devon Horse Show and Country Fair are expected to be included in the prestigious list.

"We knew we had to do something truly remarkable to launch the 125th anniversary celebrations," Devon Horse Show and Country Fair Chairman and CEO Wayne W. Grafton said, "and we're thrilled to induct the first class of 'Devon Legends' at the fabled estate home of Hope Montgomery Scott, who was an integral part of our organization's history, having served as both Chair and Executive Director."

TICKETS for the event are expected to be available in late February and will be limited.

The Devon Horse Show and Country Fair will be celebrating its 125-year legacy with many special events, commemorations and future-focused initiatives, all leading up to a gala event in May 2021.

This year's Devon Horse Show and Country Fair twill be held May 21-31.

Started in 1896, the Devon Horse Show is the oldest and largest outdoor multi-breed competition in the United States and draws in top competitors from around the world.

With Philadelphia's historic Main Line as its backdrop, the show continues to reflect the local traditions and lifestyles of the community.