MONKTON, Md.--Jack Fisher, a record-setting trainer and a prominent member of the steeplechase community, has been elected president of the Temple Gwathmey Steeplechase Foundation. 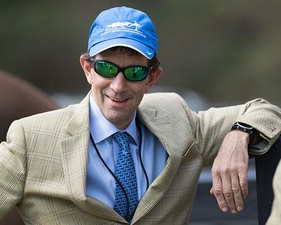 Also elected by the foundation’s Board of Trustees were Emily Day, a Virginia horsewoman and member of the National Steeplechase Association’s Safety Committee, as vice president; Blair Wyatt, a Maryland horsewoman and Maryland Hunt Cup-winning rider, as secretary; and Michael Hoffman, a steeplechase owner and rider who also rode a Hunt Cup winner, as treasurer.

He also serves on the National Steeplechase Association’s Board of Directors.