DOWNINGTOWN, Pa.-- Virginia Lippincott of Downingtown won third place in The Horse's Photo Contest, Action category with this photo of vaulters performing at Dressage at Devon.

She took the photo with a Lumix Panasonic camera that she bought seven months ago.

"This camera is better than the one I had before," said Lippincott.

The clarity of this photo made it the winner, beating out over 40 Action photos.

Honorable Mention photos will be posted throughout the rest of January. with Candid photos posted in  February and Pet photos in March. 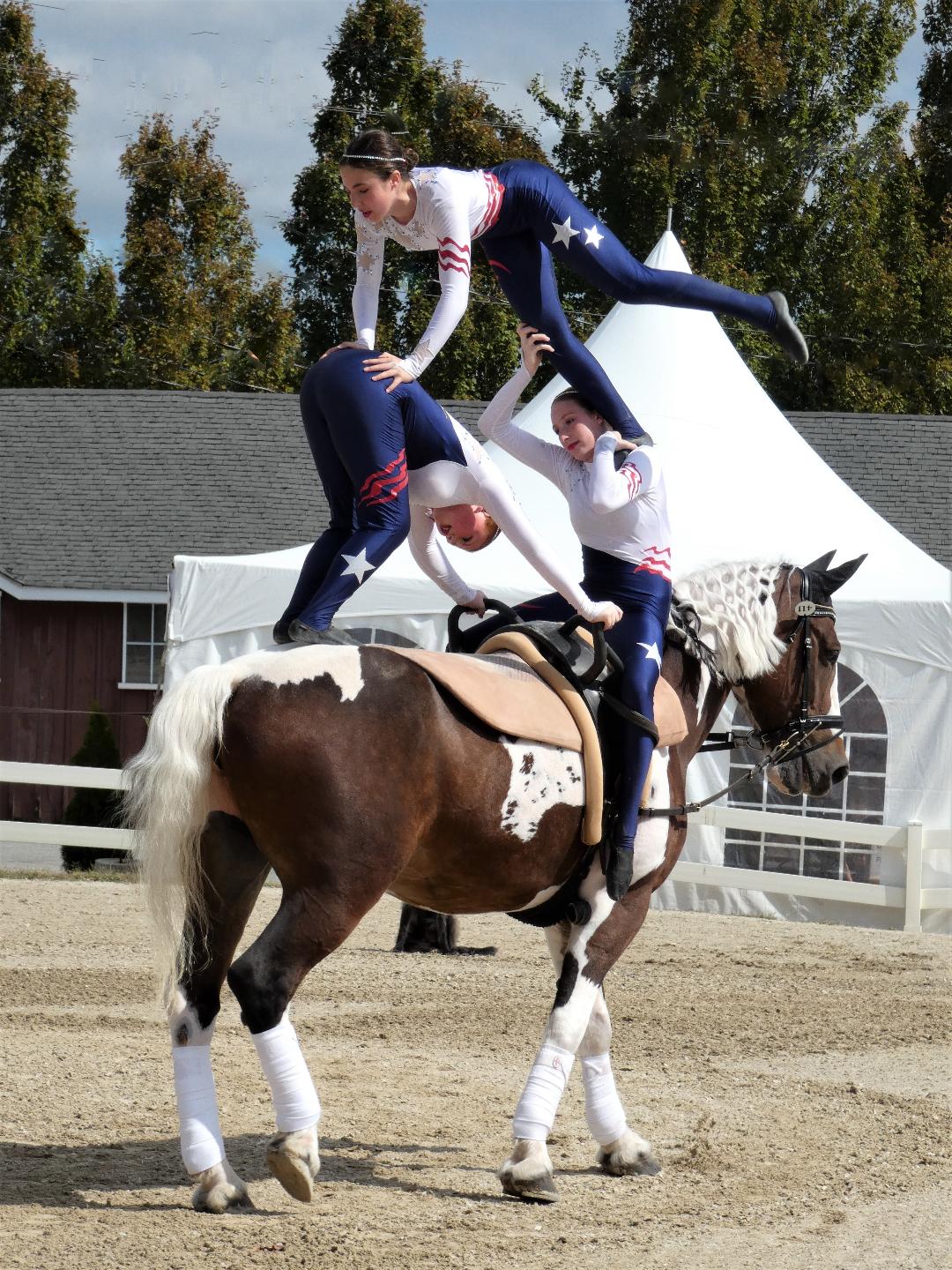