Athletes for Equity in Sport, pro SafeSport but anti its procedures

DELAWARE--Athletes for Equity in Sport is a Delaware non-profit organization recently incorporated to address the abuses of power being committed on a regular basis by SafeSport. 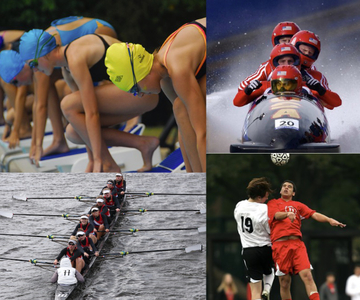 While strongly for the concept of SafeSport, Athletes for Equity in Sport wants to open a dialogue with SafeSport to bring it's actions into conformity with the judicial process of law in this country that proclaims innocence until proven guilty.

'We've been talking about this for a long time," said President Diane Carney, who is a horse show exhibitor in hunters and jumpers and a licensed judge."

While the officers, Kelly Carmaci, whose expertise is in social media, Vanessa Brown of Wellington, Fla., and Richard Cyr of Orlando, Fla., are from equestrian sports, the Advisory Group included gymnasts, wrestlers, boxers and cyclists.

"We have been incorporated around 20 weeks," said Carney. "What we want is a conversation and negotiations to get a real change in SafeSport so that it's a benefit.

"IT'S GOING to be a long haul. We have many attorneys talking to us, and we're communicating with other sports. Because SafeSport automatically considers people guilty, it affects political ambitions and custody fights. 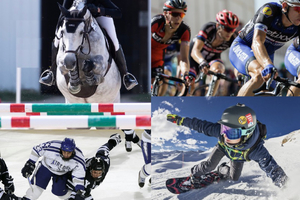 "I spoke with one Olympic cyclist who was planning to run for a political office, and someone came forward and said SafeSport and that ended that career.

"It's difficult because there's a lot of fear," said Carney. "All reasonable people are in favor of protecting athletes, but at the same time these are rulings from SafeSport. They're not verdicts, they're rulings."

This fledgling group is in dire need of funds to continue it's good work, and those interested can google the organization and make a donation.

The mission of Athletes for Equity in Sport is equity for all participants in the USPOG, NGB and SafeSport reporting process, and it's article online follows:

If you believe in basic fairness and equity, and if you care about the athletes and coaches who compete because of their love of sport, then you should be concerned about the abuses of power being committed on a regular basis by SafeSport.

What kinds of abuses of power has SafeSport committed?

SafeSport behaves in ways that are fundamentally inconsistent with the standards of fairness that govern the American system of justice. The resulting abuses, although too numerous to list here, include:

SafeSport has allowed itself to be weaponized against coaches and athletes by people who are motivated by professional jealousy, business disputes, divorces, or attempts to secure financial settlements.

At the same time, individuals who attempt to make what they believe are valid complaints to SafeSport are often never provided by SafeSport with any response, or, if they are responded to, are often left without meaningful direction or recourse.

Athletes and coaches are commonly found by SafeSport to have violated rules and are banned from their sport before they are given reasonable notice and an opportunity to defend themselves.

After being found in violation by SafeSport, an athlete or coach is permanently banned from their sport unless they can overturn SafeSport’s decision in an arbitration — in front of arbitrators who are exclusively contracted by SafeSport.

The request for an arbitration appeal must be filed by the alleged violator within five days of SafeSport’s decision and accompanied by a fee over $5,000.

If an athlete or coach fails to react within five days or cannot come up with fee then SafeSport’s decision becomes final and the sporting ban becomes permanent.

The accused party must also identify — and find a way to pay for — an attorney to handle the arbitration – all within five days, and all without any outside financial assistance.

The names of athletes and coaches found by SafeSport to be in violation are published on a worldwide list of offenders as soon as SafeSport makes a decision and before the accused party has been given fair notice and an opportunity to defend themselves.

SafeSport has found some people in violation based on allegations that are decades old and that have been disproven in courts of law.

SafeSport often fails to provide accused athletes and coaches with fair and adequate notice of their alleged violations.

It is all too common for athletes and coaches to hear from friends and associates that they have been permanently banned from their sport before they themselves have been notified by SafeSport – and long before they have been given an opportunity for a fair hearing.

Have any of the athletes or coaches who have been victimized by SafeSport complained publicly about how they were treated?

Most of those caught up in the Kafkaesque SafeSport process do not have the resources to defend themselves adequately or to take their cases to the public.

Many others are afraid of the power of SafeSport and are understandably reluctant to draw attention to themselves. Still, there are brave athletes and coaches who have spoken up, and you can find some of their testimonials on Athlete for Equity in Sports website.

"The case against George Morris was a catalyst for our group, but this organization is not about one case," said Carney.

In Morris' case, one accusation against him was made by a convicted child molester, and after the ruling was announced, that child molester was reinstated with his ban revoked by SafeSport.

"You would have to talk to someone in SafeSport  to find out why a convicted child molester would be reinstated," said Carney.

But one has to wonder, and one reason leaps to mind.