The U.S. finished first and second in the first FEI Nations Cup CDIO-U25 (for riders under 25) on March 22, but placed second to Canada in the FEI Nations Cup™ CDIO 3* on March 25, at Equestrian Village at the Palm Beach International Equestrian Center in Wellington. 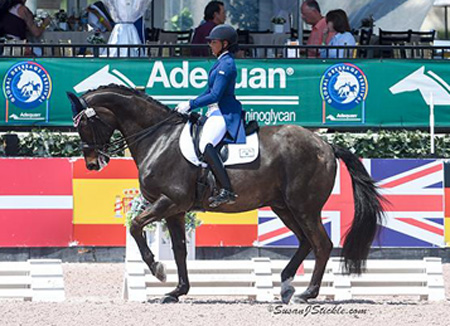 Anna Buffini on SundayboyThe USA "A" Team bested the competition in the FEI Intermediaire II 16-25* CDIO, which determined the team medals for the FEI Nations Cup CDIO-U25.

The team consisted of 22-year-old Anna Buffini on her Sundayboy, who scored 70.500 percent, 24-year-old Sean Sierra Keasler and Lux Stensvang, who scored 67.263 percent ,and 20-year-old Kerrigan Gluch who earned 62.158 percent.

"One of the main reasons why I came to Wellington was to do the Nations Cup," said Buffini. "My dad always says, 'A goal is a dream with a deadline,' and we set this goal to come here and we achieved our dream today. You can't just count on yourself. They're counting on me, I'm counting on them, and it's a different experience. It's preparing us for the future, and when we are open riders competing on other teams, we can take this experience with us."

Buffini had the second highest score of the day, riding in just behind Juan Matute Guimon of Spain, who rode Don Diego Ymas to a score of 71.026 percent.

"This is my first team event, and much like Anna said, as soon as I heard that there was going to be a U25 Nations Cup, it was a goal I set,” said Keasler. “It's so nice to be surrounded by people that have the same goals, and such a positive team atmosphere is amazing. I'm extremely thankful for this, and I believe that more people should set goals to be on a team situation. It's fun being supportive of other riders. I'm happy that I achieved this goal and that I'm here with these amazing girls!"

"This is my second team experience,: said Gluch. “I was lucky enough to be able to compete as a team rider when we did the Nations Cup in Hagan. It's amazing to have people your own age supporting you, riding with you, which is really good in the dressage world. It's really cool to be on a team where you have the same goals and aspirations."

The Chef d'Equipe was George Williams.

The FEI Prix St. Georges CDIO 3*, on the same day, saw an exceptional lead for Canada, with Tina Irwin and Laurencio earning a score of 74.026 percent and her husband Jaimey Irwin and Donegal V earning a 72.921 percent.

IN THE LAST class of the night on March 25, the FEI Grand Prix Freestyle CDIO 3*, the gold medal was won by Megan Lane of Canada on her own Caravella, who scored an impressive 74.550 percent.

Shelly Francis, riding for the U.S., on Doktor won the silver with a score of 74.075 percent. "Compared to the last week, I had him (Doktor) a hair more under control and maybe rode to my music a little quieter,” said Francis. “He felt really honest and tried super hard, so I was very happy with him. He was a little calmer tonight and felt much easier to maneuver." 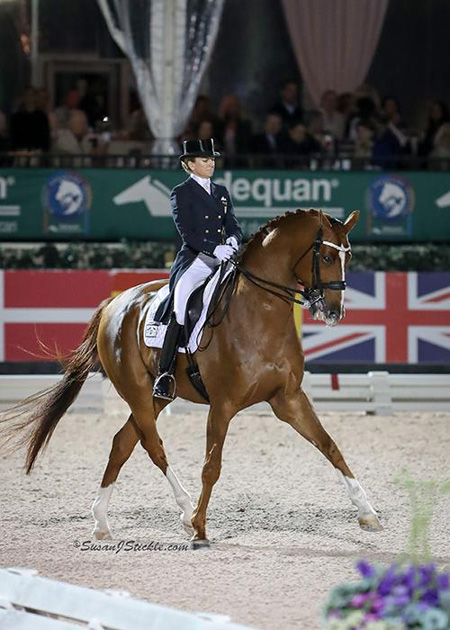 Lisa Wilcox and Galant"I felt like Galant and I didn't have the best weekend," said Wilcox. "The last time I came out and we did the freestyle, there was a bit more energy. This is new for him, to do these three tests three days in a row. I could definitely feel that tonight, he was not quite as brilliant as he was in the last freestyle. Having said that, he was still very rideable and just missed a tick of the sparkle we had the first time with that freestyle. Overall though, I'm very honored to be a member of this team for the Nations Cup."

"It's the first Nations Cup in the entire series, so it's wonderful to be the lead off event,” said USA team member Tuny Page. “After last year with the USA winning the entire series, we were looking for a really great start, and we did have a great start. The Canadians just had a slightly greater start. It was a great competition, and I think that everyone can agree that without great competition, you don't ride your best."

"This is surreal," said Buffini, "A dream of mine has always been to compete a freestyle under the lights, and to do it on Sundayboy's very last competition ever and to come out with the win, it's just unbelievable. I owe him so much, and he tried his heart out for me. I'm so proud of him. He's such a star."

Earlier in the day, Catherine Malone of Coatesville, Pa., and Dilona, owned by Iron Spring Farm, bested a class of 21 riders to take the winning spot in the FEI Intermediaire 1 CDI 3*, scoring 71.228 percent. 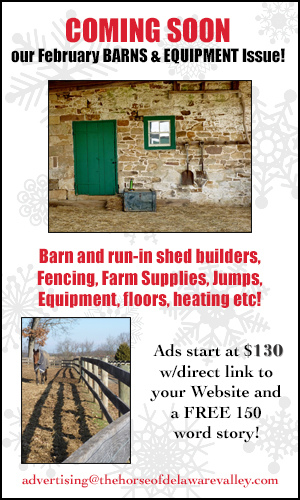