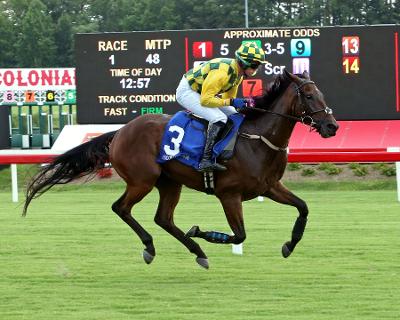 Who's Counting has been switching from winning flat allowance races to steeplechases, with three wins and two seconds from five starts this year.

"He came last year as a just broken 3-year-old," said McDermott. "He was very green, but he always had a great attitude."

"I started him on the dirt," said McDermott, who ran hiim in flat races seven times, withone win in a turf race, before running him in a Maiden Claiming race over hurdlea at Middleburg this spring, figuring thst Who's Counting would't be claimed out of his first jumping race.

"I figured if he won that he could get in a ratings handicap race," said McDermott. "That plan worked."

McDERMOTT started  him twice more on the flat, with Who's Counting finiashing second in a 1 3/8 mile turf race at Laurel Park. 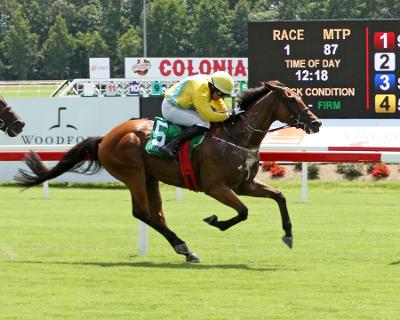 Connaghs Quay (Photo by Coady Photography)"He needs that distance, but they don't run many races at thst lenght,". said McDermott, who said he's onsidering a Stakes at Colonial or perhaps a hurdle race at Saratoga as Who's Counting nexr start.

"He loves to jump," said McMermott. "It's like giving him a mint. It's a treat."

Connagh'e Quay ran eight time on the flat, with his best a second place finish before being switched to hurdles.

This was his third start over fences after finishing sixth twic.