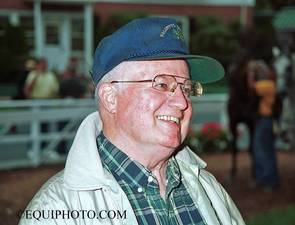 He was not only a great horseman, but racehorse trainer J. Willard Thompson also should be remembered as a great gentleman.

The horse world lost a much-admired figure when he died Saturday at the age of 83 after a long illness.

Born in Atlanta, Ga. in 1935 Thompson got his start in racing as a steeplechase rider before switching to training in the early 1960s.

A fixture at Monmouth Park for more than a half-century, he dominated the New Jersey racing scene in the 1970s, winning three consecutive training titles at Monmouth Park from 1975-1977 and two at the Meadowlands.

After a more than 20-year hiatus, Thompson again captured the 2001 Monmouth title and saw record earnings that year of nearly $1.6 million for his runners, many of whom raced in the colors of Thompson’s Quiet Winter Farm.

SOME OF his most recent stakes winners included Jenny Bean Girl in the 2007 Jersey Girl Handicap and Pinot Grigio, who took the 2014 Open Mind Handicap.

In 1996, Monmouth Park inaugurated the Virgil “Buddy” Raines Distinguished Achievement Award, honoring men and women who have demonstrated a continuing commitment to the sport of thoroughbred racing and whose conduct has been exemplary for professionalism, integrity and service to the sport.

Thompson was the first recipient of this highly-regarded honor.

“It’s very hard to imagine Monmouth Park, and racing, without Willard,” said John F. Heims, Monmouth’s racing secretary. “I’ve had the privilege of calling Willard my friend for nearly 20 years. We had spent countless hours in his office, the clocker’s stand, frontside and my office talking horses, politics and everything in between. With Willard, the generation gap just slipped away as age made no difference. He was kind and generous to everyone in this sport and his passing is a tremendous loss for our industry.” 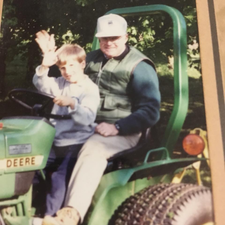 "Pop passed yesterday afternoon after a brave and lengthy battle with cancer," said his son Glenn. "It surprised no one that he surpassed the doctor’s expectations by years!

"He had a horse racing yesterday at Laurel named Arnold Ziffle," said Glenn. "Arnold is obviously the name of a famous pig but also the name of one of Carol and Pop’s Jack Russells and currently the name of a Quiet Winter horse. Parker and I took the computer into his room yesterday and played the race for him live. Arnold ran very well and finished a game third!! An hour later Dad was gone."

"There is a fine line between wanting the suffering to end and hoping that someone stays with you a little bit longer," Glenn said. "I can honestly say I felt joy when he passed and remembering the conversations that we recently had about God and Jesus Christ gave me a sense of confidence that he was headed in the right direction!! The lights flickering on and off in his house left Parker and I with a good feeling and I have a feeling that he is being reunited with many loved ones!! God Bless!!""I know that many of you will miss him dearly, and I want you to know that we are going to have party to celebrate his amazing life in the spring," said Glenn. "I feel we will either do it at Monmouth Park or Quiet Winter Farm and will let everyone know as soon as we have figured out the details. I want to thank everyone who helped support him with his struggles and let you know that he was a very sensitive man and you meant the world to him!! THANK YOU!!!" 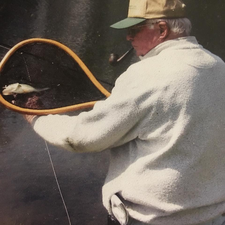 Thompson was married to the former Carol Hofmann, a show jumper who rode for the U.S. Equestrian Team and died in 2013.

An Olympic alternate in 1968, after the Games Carol accepted an invitation from a friend to “come to Aiken, S.C. for a quiet winter.”

On her second day there, Carol met Willard, and after that, as she always said, “It was definitely not a quiet winter.”

But least that gave the couple a name for their Colt’s Neck farm.

Last year, Willard finished a novel, “The Mission,” that he had begun in the 1960s.
As he recalls in the book’s preface, the draft “was lost moving back and forth between Florida, South Carolina, and New York and never finished. Recently, I found the book in the bottom of my desk drawer. Now, at the age of 82, I finally got around to finishing it.”

The book, available from Barnes and Noble and Amazon, centers on a man who has everything, but is bored, and decides to rob the bank where he works.

“Things seemed simpler back then and in other ways, they’re still the same — people still yearn to be successful without really knowing what that is and whether they have achieved it,” Willard observed.

Proceeds from the book will go to the Retired Racehorse Project in Maryland.

Thompson was predeceased by his wife Carol, an accomplished equestrian, in 2013.

He is survived by his sons Glenn and Stewart, his daughter Julia, nine grandchildren: Julia, Parker, McKenzie, Wyatt, Mizuki, Taylor, Landon, Shelby and Bradyn and his sister-in-law Judy Richter.

A celebration of his life will be held next spring to coincide with the opening of Monmouth Park’s 2019 racing season.