The show jumping team for the WEG 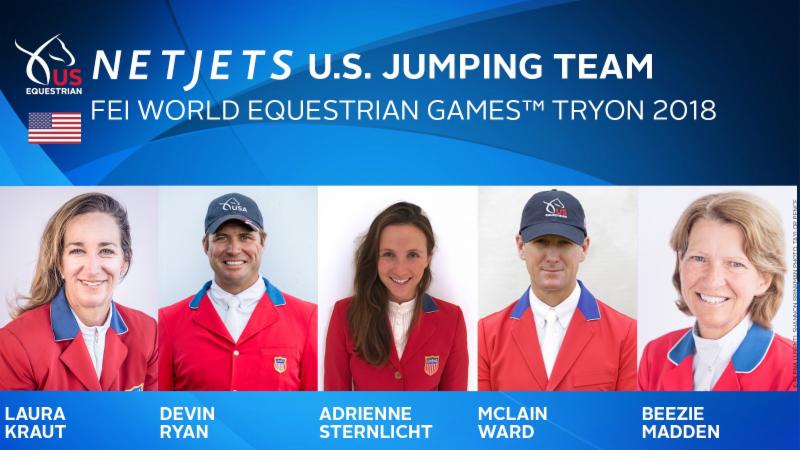 Staying true to his philosophy of using at least one young rider new to international competition, Chef d'Equipe Robert Ridland elected to use Adrienne Sternlicht on the team.

IT HAD TO be a very difficult decision to use Beezie Madden as the alternate, as her participation as the anchor rider on many of Ridland's teams has been critical to their winning.

On paper, this is a strong team and should be very competitive at the WEG.

After competing in designated Observation Events throughout the summer, the following athlete-and-horse combinations have been selected to represent U.S. jumping at the WEG under the leadership of Chef d'Equipe Ridland, in alphabetical order:

The following combination will serve as the traveling reserve:

Show Jumping  will begin competition on Sept.19 and 20 with round one of the team competition.

Round two, the final team competition and medal ceremony will be on Sept. 21.