KENNETT SQUARE, Pa.--Another strike has been struck against illegal doping as researchers at New Bolton have developed a test to find illegal gene doping in horses. 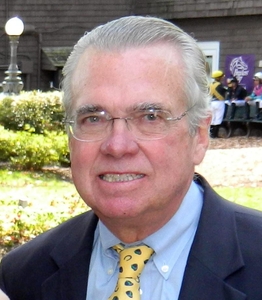 It is an on-going battle as it seems that every time a test is developed to find an illegal drug, trainers find another drug for which a test has not yet been discovered.

Although they now have this new test for illegal gene doping, it doesn't cover all gene doping but it does lead the way towards developing those tests.

“For the first time, we have demonstrated that a PCR test performed on a blood sample can detect the local administration of a gene therapy into the joint of a horse,” said Dr. Mary Robinson. “While this test is currently limited in that it can only detect a specific gene therapy, it provides proof of concept that a gene therapy administered into the joint can be detected in a blood sample in a manner that is quick, convenient, and consistent with our long-term goal of deploying pre-race testing someday in the future.”

"It increases muscle mass and performance," said Patterson. "This has a potentially deleterious affect on the health of a horse. Increased muscle mass can put undue stress on bones and tendons."

Another potential defense against illegal drugging is The Horse Racing Integrity and Safety Act that  passed the U.S. Senate last December.

That act would make unite all racing under one organization, instead of each state having its own differing regulation about drugs are legal and in what amounts.

"They''re on the right track, provided the racing industry gets behind it," said Russell Jones, a member of he Pennsylvania Racing Commission. "The good thing is they're not going to try to build it from the ground up. They will be able to do things like use wire taps, which we couldn't do."

Making one rule covering doping would enable trainers to know exactly what can be used and in what doses.

Being a federal commission, and being able to use things like wire taps, would enable them to spot illegal practices more easily. 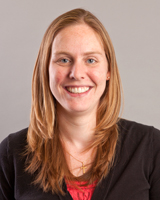 KENNETT SQUARE, Pennsylvania] – Researchers at the University of Pennsylvania School of Veterinary Medicine (Penn Vet) have successfully developed a new test to systemically detect the local administration of illicit, gene doping therapies in equine athletes. The findings from the novel study, supported in part by the Pennsylvania Horse Breeders Association (PHBA) and the Pennsylvania State Horse Racing Commission, are a significant breakthrough in the collective fight to advance the welfare and integrity of sport for both horses and humans.

Unlike other small molecule pharmaceuticals, gene doping agents trigger cells to produce performance enhancing proteins. These proteins, which often are more elusive due to their virtually indistinguishable characteristics from naturally occurring proteins within the body, can make it more difficult to determine whether or not an animal or human has had gene therapy administered. Until now, that is.

Led by Mary Robinson, PhD, VMD, DACVCP, assistant professor of Veterinary Pharmacology and director of the Equine Pharmacology Laboratory at Penn Vet’s New Bolton Center, the team of Penn Vet researchers have created and validated a quantitative real-time polymerase chain reaction test – commonly known as a PCR test – that is able to detect the presence of a gene doping agent in plasma and synovial fluid after its intra-articular administration in horses.

“For the first time, we have demonstrated that a PCR test performed on a blood sample can detect the local administration of a gene therapy into the joint of a horse,” said Robinson. “While this test is currently limited in that it can only detect a specific gene therapy, it provides proof of concept that a gene therapy administered into the joint can be detected in a blood sample in a manner that is quick, convenient, and consistent with our long-term goal of deploying pre-race testing someday in the future,” she added.

Not only were the Penn Vet researchers able to detect the presence of this product in equine joint fluid after gene therapy was administered intra-articularly, they were also able to detect it in blood for up to 28 days. This represents a significantly robust window of time that could be useful for pre-race as well as out of competition testing.

“The ability to detect the presence of these gene doping agents in blood after local administration to joints just magnifies the implications of this game-changing development,” said Joanne Haughan, Mag.med.vet, one of the lead investigators on the study. “The science is closing in on those who seek to use these advancements for wrongful means; the more we learn with each study, the harder it will be for individuals who seek to cheat the system using gene doping strategies.”

This ongoing body of research in gene doping is being performed concurrently with Penn Vet’s larger multi-tiered, multi-year project to expand upon New Bolton Center’s equine BioBank. Established in 2017 using internal funds from the Raymond Firestone Trust Research Grant and expanded in 2018 with support from the PHBA, the growing database collects and analyzes multiple types of samples, looking for a myriad of potential biomarkers in equine athletes. With the goal of someday creating “biological passports,” researchers believe these biomarkers could also be key in detecting gene doping as well as predicting injuries before they happen.

“As breeders, protecting the health, safety, and well-being of our horses is a deeply profound and personal priority for our membership,” said Brian Sanfratello, Executive Secretary of the PHBA. “These scientific discoveries get us one step closer to our dream of someday keeping equine sport completely clean. We are proud to support Dr. Robinson and her team of experts as they continue to incrementally drive us closer and closer to making that dream a reality.”

With the completion of a third study on the horizon, Penn Vet’s researchers seek to further expand and refine their testing methodology in order to create screening tests that would successfully identify multiple gene doping agents for even longer periods of time.

“We still have a lot of work to do to better understand the nature of bio-markers and how to fully harness their capabilities, but the science for detecting gene doping is getting there and much more quickly than any of us could have anticipated when we started this research,” added Robinson. “Ideas that once may have seemed unattainable – like a hand-held, stall-side testing device – are now coming into sight as real and tangible possibilities. We just need continued support to help get us there.”

Dr. Mary Robinson is an assistant professor of veterinary pharmacology and director of the Equine Pharmacology Laboratory at the University of Pennsylvania School of Veterinary Medicine.

This study is currently supported in part by the Pennsylvania Horse Breeders Association and the Pennsylvania State Horse Racing Commission, in addition to grants from the University of Pennsylvania McCabe Fund (Ortved) and New Bolton Center’s Raymond Firestone Trust Research Grant (Haughan and Robinson). Individuals or organizations who would like to support the program through a financial donation are encouraged to contact Margaret Leardi, Director of Development for New Bolton Center, at This email address is being protected from spambots. You need JavaScript enabled to view it..