The Horse yesterday published a letter from Katie Prudent that pointed out the unfairness of SafeSport in its banning of George Morris. 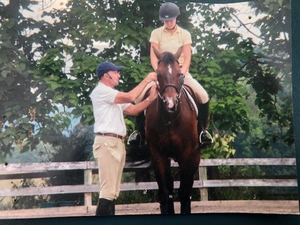 But George Morris is not the only person who has been railroaded by SafeSport, and horse sports are not the only discipline in which innocents have been judged guilty.

Everyone needs to work to ensure that SafeSport becomes a fair organization, both by contacting their congressman and contributing to Athletes for Equity in Sport.

Certainly there have been terrible problems in sport, such as in gymnastics, when many, many young girls were sexually assaulted, so an organization like SafeSport could be an excellent thing.

But SafeSport flies in the face of American laws over and over again.

THOSE accused are often not even told that they are being investigated.

In America, the accused is considered innocent until proven guilty.

Athletes for Equity in Sports is working to ensure that SafeSport follows the law of the land.

But each individual can also do a lot to help.

Everyone should contact his congressman and tell him to make SafeSport a fair and law abiding organization.

Also donate to Athletes for Equity in Sport so that it can continue to work for fairness in SafeSport.

Please visit its website, AthletesForEquity.org, and become a member by making a donation.