DEVON, Pa.--Mares dominated the Dressage at Devon Breed Show, with Noblewood Tarpania, a 4-year-old Dutch Warmblood mare owned by Catherine Malone, winning the championshp in both the Mature Horse Championship and the Grand Championship. 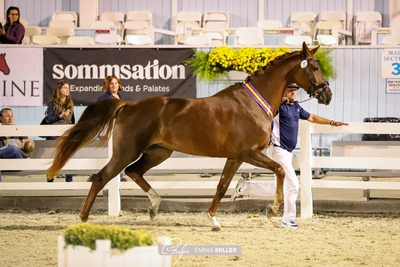 Shortly after, the two Dutch Warmblood mares saw the same success in the Grand Championship.

In the Mare Championship earlier in the afternoon, Noblewood Tarpania won her first championship of the day and Kashmir R, was Reserve, with Evelina MDH, a 4-year-old Hanoverianthird.