Brits dominate Pau 5*, the only Eventing 5* to be held this year 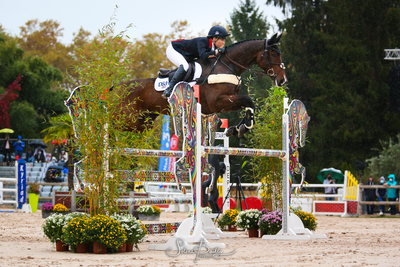 There are only six 5* events, and Pau was the only one in the world competed in 2020.

Badminton and Burghley in Britain, Lexington in this country, Luhmühlen in Germany and Adelaide in Australia were all canceled due to Covid-19..

Despite a few changes after cross country among the Top 10, Collett didn’t put a foot wrong with London 52, adding another flawless round after her brilliant cross-country Saturday to finish on her dressage score of 21.3 to win the only CCI5*-L competition this year.

March also rode a perfect show jumping round to finish second over all on her dressage score of 22.3, and, In spite of a few time faults in the show jumping competition, Price stayed third in the final ranking on 24.2. 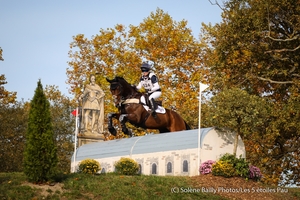 Laura Collett on London 22 on cross countryFrench riders Alexis Goury on Trompe l’oeil d’Emery, 30.7, and Maxime Livio on Vitorio du Montet, 32.4, both finished on their dressage scores to place seventh and eighth.

"It’s the stuff dreams are made of," said Collett after show jumping. "I still don’t quite believe this is all really happening. This morning, I was saying to myself that if I had had the choice, I wouldn’t have wanted to ride any other horse than London 52 in this kind of competition! He’s a fantastic jumper. It was his first time competing at this level and I really wasn’t expecting this kind of result at the end of the competition.”

“As I said yesterday, my horse was competing in his first five-star competition," said March. "I’m just so delighted with his performance this week. I have great hopes for him in the future. I’d also like to thank the organization team for the exceptional work they did to make this happen. I’m really grateful for the incredible opportunity we’ve had to be able to come and compete here this week, in such exceptional conditions. So, a really big thank you to everyone.”

"Well of course third place doesn’t have quite the same feel as a victory." said Price. "But I’m really happy to finish the weekend without any penalties. Wesko is old, but he’s a great horse and I’m enjoying riding him for as long as I can at this level. I’ve also made amazing progress since I first competed in this event in Pau!"

There were no Americans competing at Pau and only one German, Christoph Wahler, who withdrew on cross country.

On cross country, 10 of the 47 starters went double clear, without a single obstacle penalty and within the time limit while 6 were either eliminated or withdrew, and another six were withdrawn before the final vet check and one was eliminated there.

"It really picks you up to hear the encouragements from spectators along the course," said Collett after cross country. T"he public here in Pau is really amazing. So, a big thank you to them all and to the organization team to have made it possible to run the cross-country course in these conditions. After my first round with Mr Bass, (which was clean but had 7.6 time faults to eventually finish16th), I knew I had to be very careful with London 52 on the combinations. He’s a very careful horse and always jumps a bit bigger too. So, I stayed very concentrated and he was just perfect. It’s the first time he’s ridden an eleven-minute cross-country course, so I’ll see how things go tomorrow in the show-jumping event, but whatever happens, I’m just really proud of him this evening!”

“We’re really lucky to be here in Pau," said March. "For me it was a golden opportunity to prepare Brookfield Inocent for the Olympic Games in Tokyo next year. I’ve never been to Pau before, but I more or less expected the kind of course that we rode today, a course that encouraged forward, brave, attacking riding but with the odd sneaky thing put in. I’m really proud of my horse who was competing in his first 5* cross-country event today. I think he’s one of the best horses I’ve ever had.”

"2020 has been a strange year for everyone," said Price. "If there was only to be one 5* competition this year, the Pau five star is a pretty good representation. So, a big thank you to the organization team and course designer Pierre Michelet for the quality of the course today. It was a course that encouraged bravery but also demanded us as riders to be on our toes, take the brilliance of some of the big jumps and do something with it. For me, that’s exactly how a cross-country course should be at this level."