PINE MOUNTAIN, Ga.--Leslie Young had three of the five winners at Steeplechase at Callaway Gardens on Nov. 5, plus two at Montpelier that put her over the top to win Leading Trainer, Races Won. 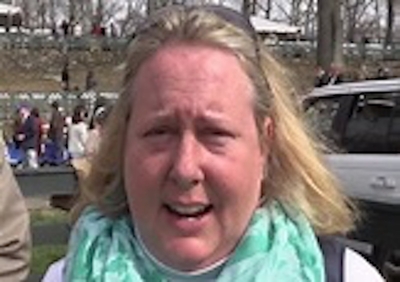 "After the ratings handicap at Saratoga was cancelled, we decided to convert Court Ruler to timber," said Young. "He couldn't run in stakes because he's a bleeder, so I said to his owners.`Let's try him over timber.' He went to Middleburg, and Tom Garner gave him a lovely ride, and he finished third. So then he went to Callaway, and he went to win it, and he did,"

Booby Trap was giving 20 pounds to the Three O One in the 2 3/8 mile, four horse race and was last the first time around, moving up gradually and drawing clear in the stretch.

"Booby Trap was great," said Young. "He had top weight, and I was worried about Lillith's horse, but Freddie gave him a lovely, patient ride."

"Uco Valley was sold last May at Cheltenham," said Young. "He had run third in a point-to-point, and he needed some groceries, but I loved the way he traveled and that he had some flat blood, so I bought him. Then the Potter Group bought him from me. The Potter Group, James and Jean Potter from Wales, bought Ashwell for me, so I was delighted he won for them."

At Montpelier, Young, who was there and watched the races at Callaway on live stream, saddled Charlie Fenwick's Arrowheart, ridden by Tom Garner, to win the $15,000 Maiden Claiming race by 3/4 length.

"He's a Hard Spun of Charlie's," said Young. "As a child growing up I idolized Charlie, so it was great to have a win for him."

Mrs. S.K. Johnston's Song for Someone won the $60,000 Hurdle Stakes by 10 lengths,and then in a tragic finish dropped dead of an apparent heart attack while Paddy Young was putting his halter on after the race.

"He was a gentleman of a horse," said Young. "He was a barn favorite. I brought Nathan over to ride him, and Nathan said he jumped brilliantly. His win sealed the deal for the leading trainer. Paddy was putting the halter on him and he just dropped dead on top of him. He hadn't had any stress in the race and he gave no sign of trouble when he came back. The vet was right there and said he died in seconds. He went out a champion."

Back at Callaway, Harold Via's Welshman, trained by Fisher and ridden by Graham Watters, won the $75,000 Sport of Kings Novice Stakes by 2 1/4 lengths over Theocrat (Ire), trained by Keri Brion.

Seizing the Dream, owned by Riverdee Stable, trained by Sandra Webb and ridden by Barry Foley, won the $20,000 Maiden Claiming Hurdle by 14 1/4 lengths over Thomond Park, trained by Ricky Hendriks.