Princess Grace wins, Brooklyn Strong is third in a Stakes and Matz, Motion and Houghton have winners 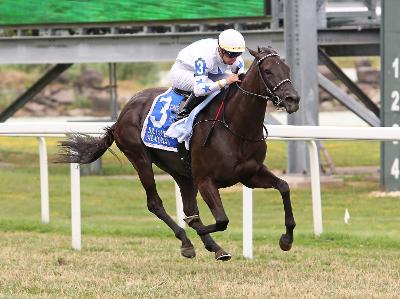 Princess Grace (Photo by Nikki Sherman/Equi-Photo)Princess Grace, ridden by Florent Geroux, is  5-year-old daughter of Karakontie and is a homebred for John and Susan Moore's M and M Stable and is trained by Michael Stidham.

She won the James Penny Memorial for the second straight year, going to the front from the start and drawing off to win by 3 lengths.

With that win, she has now won three G3 stakes and two G2 stakes and has seven firsts, one second and two thirds from 11 starts. 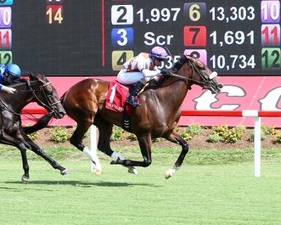 Tequilera (Photo by Coady Photography)Tequilera went straight to the lead and held on gamely through the stretch to win by 3/4 length.

Bad to the Bones ran second two wide, swung five wide on the turn and drew clear to win the 6 lengths.

BERNIE HOUGHTON had another winner in Edward J.Madden's Ninja Princess.

Ninja Princess won a $10,800, 6 furlong Claiming race at Penn National on July 8 after making a four wide move on the turn and then drawing off to win by an  impressive 9 1/2 lengths.