While the consensus among Delaware Valley trainers is that the Horseracing Integrity and Safety Authority (HISA) is necessary, but they feel that the officials currently running it are government bureaucrats not familiar with horse racing who have moved too fast without full understanding of some of the rules they are trying to implement. 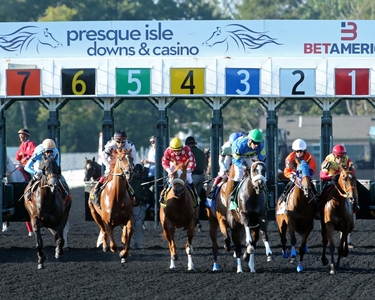 Most trainers say there are so many rules, some of them changing daily, that they don't understand it all, and that's there's too much red tape.

In fact, things are changing so quickly, this story will go out today to be followed as changes become known.

For instance, a letter from Senator Grassley was only sent a few days before the deadline.

Seven-term U.S. Senator Chuck Grassley of Iowa, the second-most senior Member of the United States Senate, on June 27 sent a forceful letter to the Federal Trade Commission and the Horseracing Integrity and Safety Authority demanding answers to questions about their failure to comply with the enabling federal legislation’s deadline of July 1 for implementation.

Among other things, Senator Grassley’s letter questions if the Authority consulted appropriate industry representatives before issuing regulations that appeared to ignore volumes of public comment pointing out deficiencies.

The vets, of course, have to keep all medical records, too.

Under the bill, HISA would be allowed access to offices, racetrack facilities, other places of business, books, records, and personal property of covered persons that are used in the care, treatment, training, and racing of covered horses.

Everyone involved in horse racing, from trainers, owner and jockeys to veterinarians, blacksmiths and all the way through the ranks down to hot walkers, is required to register by July 1 to be able to start a horse in a race.

Everyone that is except steeplechase trainers, owners and jockeys.

Probably the government bureaucrats think steeplechasing is just run in rural fields without para-mutual betting and don't compete at major tracks such as Saratoga, Belmont and Colonial Downs.

"It's our ineptitude over the years that has brought us to this,"said Graham Motion.

As iti s now, each state has its own rules governing racing and drug rules are different in each state.

That combined with the deaths of horses on race tracks and highly publicized use of banned drugs by trainers has raised the public's distrust of racing and has gotten animal activists like PETA involved.

"I'm a huge supporter of HISA," said Motion. "But it has growing pains. Already this week they have made some changes. The problem is it's happening so quickly. Once they get through registration, hopefully there will be time to look at some of the rules."

"They've already changed their opinion on pin firing," said Motion. "Freeze firing is not cruel. The whip thing is a huge problem. We need to do something about that."

"We don't know enough about it," said Michael Dickinson. "But it's slightly scary as it's being run by government bureaucrats with no experience in horse racing."

"I train because I like dealing with horses," said Dickinson."If we're not careful, we'll all be confined to an office filling out forms."

"Steeplechasing is not covered, so how do we get licensed in New York?" said Keri Brion. "Some of HISA's things are good, but some are over the top. But something needs to happen. We're on a downward slop, and if we don't do something there won't be any racing."

"I have flat horses as well as steeplechase horses, so I'm registered," said Brion. "I'm running one horse at Delaware Park on July 1 and another on July 2. I just got a call from Delaware Park saying `You're not registered.' I've been licensed for six weeks."

That shows another problem with HISA's moving so fast - even the tracks, much less the trainers, can keep up with it.

Now it turns out, the tracks are to get the information on registered owners, trainers and horses on June 30 -one day before tracks will have to make sure that anywhere from 50 to 80 horses are entered at their tracks are properly registered.

"I think out of competition test is good,"said Brion. "When I went to Ireland, all the horses were tested were tested in our barn. "That's why racing is so clean in Ireland."

"I run horses on the flat as well as steeplechase, so I'm registering all my horses," said Arch Kingsley."But I'm skeptical. They don't know our sport. I hope it brings some continuity in our drug rules, but it also brings a lot of red tape that makes it harder to do business, In the existing climate we face different rules in every state, so I hope this will alleviate that, but it makes it more cumbersome."

"There are some problems with HISA," said Micheal Matz. "They're making more rules, but now every state is different, so we had to do something. You need a Harvard degree to know the rules in every state. But some things they are proposing are unrealistic. They don't know what they should be stopping."

"I don't feel it's organized," said Bernie Houghton. "But this will make a lot more work for trainers. But I hear five different stories every day."

"Things are going to be a mess," said Ricky Hendriks. "There will be a lot of paperwork.I think it will dive a lot of people out of business. My owners are not too happy about it."

In fact, one long time trainer, Dale Capuano,who has been a leading trainer in Maryland for 40 years, has told a number of people that, if all these HISA rules go through, he is going to retire and sell his farm.