ALBANY, N.Y.--Last week, New York State lawmakers gathered for a public hearing to discuss the horse racing industry and which measures could be approached to evolve the sector into new heights. 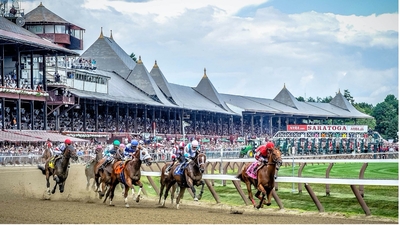 At the hearing, testimonials highlighted a continued success and rapid recovery in 2021 after the pandemic-halted 2020, now looking towards the future benefits from online sports betting.

The chamber’s Racing and Wagering Committee chairman, J. Gary Pretlow, was the assemblyman.

He began the meeting in agreement with a recently presented bill that will ban the slaughter of racehorses in New York starting in 2022.

“That was something that really gave us in the racing industry a bad name, and that’s one thing that’s gone away,” Pretlow said.

THE THREE most popular racetracks in New York State are operated by the NYRA - one of which is the famous Saratoga Racecourse. 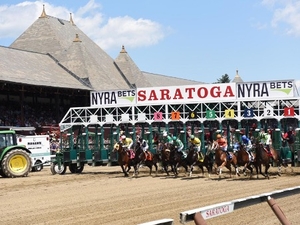 NYRA Director of Government Affairs, Jeffrey Cannizzo, brought up the necessary support for the federal Horseracing Integrity and Safety Act, investment in research on safe racing surfaces, and the ban on race-day medication.

Cannizzo supported the case with data drawn from the American Horse Council, where New York’s horse racing sector has supplied 19,000 jobs and made a 3-billion-dollar positive impact on the economy, with the added addition of countless thriving small businesses.

These points confirmed the importance of New York’s Horseracing industry and were consistently repeated by other speakers throughout the hearing.

O’Rourke steered the conversation towards large-scale infrastructure projects which would provide crucial income streams from mobile sports wagering, pin-pointing the long-term profits that would be increased through casual fans.

Finding the most reputable and popular sportsbooks is never an issue with the help of sites that offers data and reliable info on sportsbooks, like you can see on this Bookmaker review, and now sports bettors from the state of New York can freely wager on Horse Racing from the comfort of their homes.

Positive notions continued at the hearing when Stacie Clark of the Thoroughbred Aftercare Alliance, a veterinarian, a trainer, farm owner, and a local Chamber of Commerce president – who all, in turn, gave their approval to the diverse workforce within New York’s thoroughbred and standardbred racing industries.

Recognition for the state’s industry also stemmed from its far-reaching client base for Saratoga restaurants and how their (mainly Mexican) support for immigration processes for workers at breeding farms has developed.

However, the witnesses did emphasize that New York would need to battle to maintain its position as a national industry leader.

“What I hear within the horse racing community is that we’ve got competition from other states,” said the president of the Saratoga County Chamber of Commerce, Todd Shimkus. “If New York doesn’t make this a priority, we’re going to lose to somebody else.”

Pretlow and the additional lawmakers motioned that this is a race (no pun intended) they weren’t going to lose.

“One of my stated goals when I first became chair of this committee several years ago was to make New York state the horse racing capital of the world – and take it away from Kentucky, no offense,” the chairman said.

And it’s no surprise that confidence levels are high; the previous meet at Saratoga this past summer averaged a daily attendance of 26,000 people.

These numbers generated millions of dollars in tax revenue, with many jobs along the way.

“Our union members continue to be positively impacted by the sport of horse racing every single day,” said the director of policy and public affairs at the New York State Laborers’ Organizing Fund, Vincent Albanese. “They maintain the tracks, help with the capital improvements and are providing good-paying jobs for doing so. We’re proud to support this industry and must continue to double down on its benefits, especially for our hundreds of construction workers.”

The hearing generated positive outlooks from all angles, especially after the vital hit taken in the hospitality industry during the COVVID-19 crisis. There’s no denying the considerable impact Horse Racing has had on tourism in New York; upstate areas like Saratoga Springs can undoubtedly compete with the best the industry has to offer.