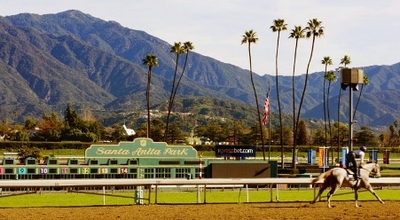 However, there's still time to enjoy your favorite thoroughbreds and place some high reward wagers as the Santa Anita 85th Winter/Spring opening is fast approaching.

On Dec. 26, fans will be treated to a blockbuster opening day card.

Although a complete set of odds and competing horses isn't yet complete, we possess a list of confirmed horses and their potential odds for three races at Santa Anita's Winter/Spring opener. Sports bettors looking to place early wagers can utilize a sports handicapping forum to remain updated with the latest tips and picks. 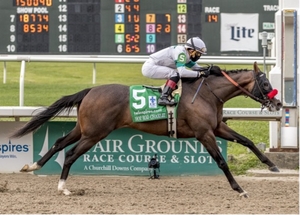 The Santa Anita 2021/22 schedule will include 10 Grade 1 stakes, headed by the Runhappy Malibu, La Brea, and the America Oaks - which all take place on its opening day.

However, the complete schedule offers 94 stakes, 59 graded events and will run through to June 19.

"We have added a significant amount of money to our stakes program along with some minor changes that I think trainers and owners, not only in California but around the country, will appreciate," said the Santa Anita Director of Racing and Racing Secretary, Chris Merz. "We have a lot of positive momentum going in California right now, and these enhancements to the stakes schedule add to it. We want to thank our partners at the TOC for getting behind this to help make California racing all that it can and should be."

Does Hot Rod Charlie Have the Horsepower?
Widely recognized 3-year-old Hot Rod Charlie has been added to the $200,000 San Antonio Stakes Grade 2 race but does his star power equal a horse worth betting on?
Hot Rod is the son of Oxbox, a horse who's collected $2 million this season on the national circuit but will remain at home during the Santa Anita opening to compete in the Dubai World Cup.

Hot Rod Charlie finished first place in the Pennsylvania (G1) and Louisiana (G2) Derbys and took top-three placements in the Kentucky Derby, Belmont Stakes, and Robert B. Lewis. These races all came before Hot Rod's fourth-place finish in the Breeders' Cup Classic when faced with older horses for the first time during his career.

Still, it's the Runhappy Malibu for seven furlongs that takes the attention, given its year-end championship ramification.

This is where Breeders' Cup Sprint runner-up Dr Schivel receives the attention.

However, it won't be a simple task in the Malibu, with the superstar Flightline in the running's, who has been exceptional in two starts for John Sadler.
Does Missy P return for the La Brea Stakes?

Following a recent throat surgery, Missy P has worked her magic in the light races she's run-in, and it's likely she'll make an appearance in the Grade 1 La Brea Stakes for the opening day of the Santa Anita winter meet.

"I could change my mind and go in an allowance race", trainer Richard Mandella said. "But the way she's training, I'm going to go ahead and try the La Brea."

Missy P was successful in her March debut by nine lengths, finishing second next out, then next to last during the Desert Code against colts on June. 6 – her last start. She blew away Q B One in a five-furlong race, 58:50-second gate drill on Dec. 1.

With that said, Missy P could face fierce challengers in the La Brea, and betting enthusiasts will want to remain cautious before placing their wagers. With the likes of Livingmybestlife led by John Sadler and Private Mission, Varda, and Beautiful Gift, who're all products of Bob Baffert.