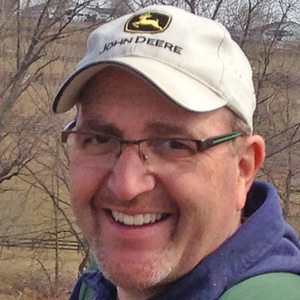 Bernie HoughtonHoughton had two winners at Penn National on Nov, 19, one in an allowance race and one in a claiming race.

Midnight Hauler, bred by his mother Betsy Houghton and owned by her Sylmar Fsrm, won a $28,000, 1 mile Allowance race by 1 3/4 lengths.

"He's a really nice horse," said Houghton. "I really like him. Last time out, he stumbled coming out of the gate and finished third. This time he had a good trip, and he won like I thought he would. I had confidence in him. There are a couple more allowance races I could run him in this year and then maybe turn him out for the winter. I think he'd like the grass, too."

"He's a long time owner of mine," said Houghton. "That filly has been running at Presque Isle, and she's running on dirt now and seems to like it."

TERRY ROONEY MEIS' Kilimanjaro, bred by her brother Tom Rooney, who's a minority owner of the Pittsburgh Steelers, won a $27,100, 6 furlong Maiden Special Weight race for 2-year-old fillies at Penn National on Nov. 12 by 1 3/4 lengths.

That's a new owner," said Houghton. "She's a nice filly. That was her second race. She's a Maryland-bred, and she's nominated for a stakes race at Laurel. We might run here there and give her a chance."

"I got his dam, Sharp and Sassy, from Chuck Lawrence," said Houghton. "I have a 2-year-old out of that mare, too. I like the 2-year-old a lot, but she hasn't started yet. I'll probably run Beyond the Bend one more time and then give him some time off."

Zatip dueled for the lead, kicked clear entering the stretch and widened his lead for the win.

Sparkle Blue settled off the pace, tipped three wide on the turn and went on to win by 1 length.

Good Life Cider rated inside, took over the lead in the upper stretch and just held on to win by a nose.

HENDRIKS saddled his own Morningstar Farm's Combating to win a $11,800, 1 mile and 70 yards Maiden Claiming Race at Penn National on Nov. 17.

Reserved early, Combating made a move at the quarter pole and went on to win by 3 1/4 lengths.