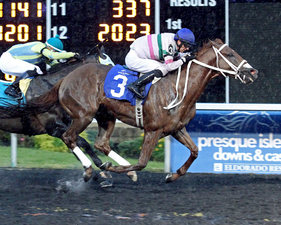 DOWNTOWN COWBOY  (Photo by Coady Photography)Owned by  Judy Meyers, trained by Shane Meyers and ridden by Scott Spieth, Downtown Cowboy, in winning a stakes race for the first time, has now won 13 times, been second twice and third twice from 35 starts. 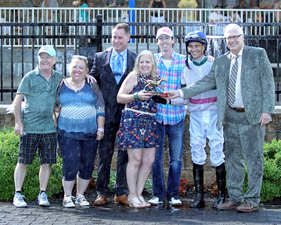 Downtown Cowboy chased inside from the outset, shifted out for the drive, poked a head in front of Rocket Heat at the sixteenth-pole and edged away under good handling.

Rocket Heat sped clear after an alert beginning, dug in when challenged through the furlong grounds and held on stubbornly, while Colonel Sharp settled in midpack for three furlongs, and rallied outside through the lane for third.