LAUREL, Md.--Graham Motion saddled a stakes winner at Laurel as well as a number of maiden special weight winners, while Ricky Hendriks and Bernie Houghton both had two winners each on the same day, as well as other winners. 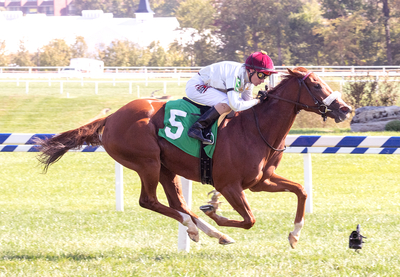 Al Shaqab's homebred Tuned, trained by Motion, won her second stakes race, the $100,000 All Along Stakes at Laurel on Oct. 2.

She had previously won a stakes at Colonial Downs on Aug. 31.

"We had always hoped that she would turn out to be this good," said Motion. "She's a nice mare. Her win at Colonial really made her. She won at Laurel very nicely. We may run her one more time. There's a stakes race st Aqueduct in November. Then she'll be retired to be a broodmare."

"Chulainn has really improved," said Motion of the 3-year-old gelding. "He's nominated to a stakes race in California, but he's a New York bred, so we might keep him close."

"Indian Heart is going in the November sale" said Motion.

"Bipartisanship is going to run at Keeneland next week," said Motion,

"Speaking Scout is going in an allowance race at Keeneland next week," said Motion.

RICKY HENDRIKS had two winners at Presque Isle on Oct. 19,, one for his mother and the other for a partnership that includes his mother. 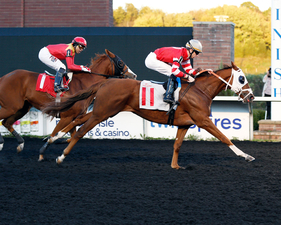 "It was a good night," said Hendriks. "I've had both those horses for about a year. They'll both be turned out for the winter now."

Hendriks had two other winner's for Kachel.

BERNIE HOUGHTON had two winners at Penn National on Oct. 19.

"I got lucky," said Houghton.

Houghton saddled his mother's Midnight Hauler, bred by Elizabeth Houghton and owned by her Sylmar Farm, to win a 31,600, 1 mile Allowance race by 6 1/2 lengths at Penn National on Oct. 8.

"He's a nice horse," said Houghton of the 5-year-old gelding. "Mom loves that horse. This was his second time running long, and we're going to run him back long again."

Straight Up Guy, a 3-year-old gelding won by a neck.