The Cheltenham Gold Cup is one of the prestige steeplechases run across the pond in the UK and Ireland, and Al Boum Photo is the defending champ. 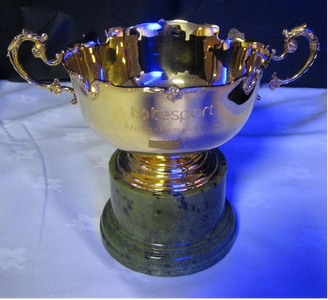 In fact, the Irish-trained gelding by Buck’s Boum is part of an elite club. Al Boum Photo is one of only eight horses to have won the Cheltenham Gold Cup on multiple occasions.

Some of these horses from yesteryear are so famous that they have races named after them.

Al Boum Photo has some way to go to match what Golden Miller did way back in the 1930s.

Five Cheltenham Gold Cup wins might be the stuff of fantasy, but going level with Arkle, Best Mate and Cottage Rake by completing a hat-trick is within reach, according to the betting.

The futures market on the 2021 Gold Cup says Al Boum Photo is the horse to beat and he’s made favorite.

You can be sure that plenty of Cheltenham Festival betting offers will involve this horse again this year.

All temptation to over-race him has been resisted, and he’s gone in the same prep race en route to the Cheltenham Gold Cup yet again this year.

Most of the opposition is familiar too.

The ones that aren’t and rate as dangers in the betting represent the Henry De Bromhead stable.

A Plus Tard and Minella Indo had varying fortunes when taking part in the Savills Chase over Christmas in Ireland.

This season’s race could be one of the key guides to the Cheltenham Gold Cup when considering other Irish horses.

While Minella Indo made it no further than the eighth fence, A Plus Tard powered home from the last and overhauled Kemboy in the final strides.

It was another big race win for owners Cheveley Park Stud, who are best known for their Flat thoroughbred racehorses but in recent years have really kicked their interest in jumpers up a notch.

Other contenders like Delta Work and Presenting Percy either didn’t complete or disappointed.

Al Boum Photo shouldn’t be losing sleep over the competition on his side of the Irish Sea. 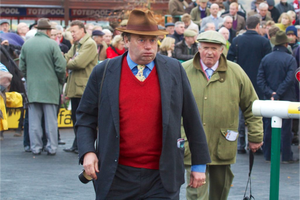 It’s just a matter of who the main British hope is for the Cheltenham Gold Cup this season.

Last year’s runner-up Santini has disappointed on both of his starts to date, while Nicky Henderson stable companion Champ hasn’t had a race since the Festival.

That leaves surprise King George VI Chase hero Frodon, who has a great record at Cheltenham, and an improving dark horse who may just have the Gold Cup on his radar.

Royale Pagaille has Rich and Susannah Ricci for owners.

They send most of their horses to be trained with Mullins, but this one went to Venetia Williams and has defied the handicapper in scintillating style with victories at Kempton and Haydock.

It may take something completely from left-field such as Royale Pagaille to stop Al Boum Photo hitting his hat-trick.