The importance of naming a racehorse

The 1929 Kentucky Derby winner, as most horse racing historians will know, was called Clyde Van Dusen. 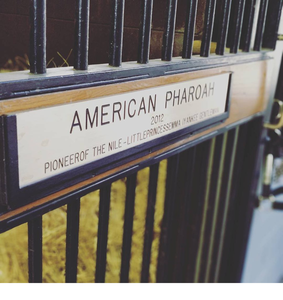 The jockey/trainer also bore the same name of the winning horse, and it was quite a bold move by Mr Van Dusen to name the horse after himself.

Not many would do that today, but, of course, many horse owners will add a personal touch when naming the newest arrival to a stable.

The naming of a horse is something of an art form.

At times it can be subtle, and obvious at other times.

We can tell a lot about a horse by just glancing at the name.

Big Brown, who triumphed at the 2008 Kentucky Derby, is quite easy to work out.

It’s not as if the horse is going to be gray and diminutive.

On the other hand, we have a horse like 2015 Triple Crown-winner American Pharoah.

THIS NAME doesn’t tell us that much about the horse’s appearance, per se. 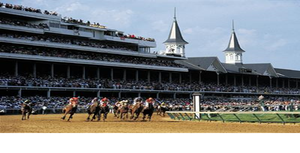 But it does have relevance, referring back to its sire’s name, Pioneer of the Nile.

But perhaps, more importantly, the name is striking, hinting at power and dominance.

Obviously, there is a little bit of a liberty taken with the spelling of “Pharaoh”, but the effect remains the same.

Names can be ironic and fun.

Of course, those naming horses don’t always look for names that are descriptive or inspirational; they can also have a bit of fun.

L’Escargot – French for “the snail” – was obviously named ironically, and its success in Britain in the mid-1970s would suggest it was anything but slow.

Nominative determinism – a theory where people tend to become what their names suggest – is also undeniably something desired for among owners.

If you were, for example, part of a consortium that had bought an exciting racehorse prospect, you would naturally lean towards a name that suggests it will have future success.

Words like lightning, thunder, champion, stormer, electric, war, eagle, and fox are naturally descriptive, and they hint at positive attributes that would stand out on a racecard.

Sometimes it’s clear that some quality of the horse itself has thrust its name upon the owners.

Sly Fox, winner of the 1898 Preakness Stakes, was sired by Silver Fox, so there is linkage there.

But you gather that at some point Sly Fox gave its owners some hint at its craftiness, and thus they arrived at that name.

A horse’s name does not necessarily have to reflect the qualities of, nor the owner’s hopes for, the animal.

It’s not like, say, naming a book or a movie.

If I pick up The Lord of the Rings to read for the first time, I’ll be pretty confident that the book will feature an item of jewelry.

When questing with epic heroes in Dragon Champions games, I’ll know that there will be dragons, swords, knights, and so on, involved.

But while a horse’s name does not necessarily have to be descriptive, there is almost always at least a personal link between owner and horse.

The temptation for some owners is to create a funny name, sometimes with sexual innuendo.

Names like First Base spring to mind as something on the margins of being rude, but there is a long list of names banned by racing authorities across the globe that go a bit further.

You might think that it’s a bit of fun, but some trainers have been banned – one in Australia for as much as 18 months – after deliberately using an offensive name.

Indeed, in 2017 a racehorse owner in South Africa got into trouble after naming a horse President Trump.

That, in of itself, wasn’t much of an issue, but the horse was subsequently gelded for being “very vocal” and not able “to focus on his work”.

You can imagine here that the owners were looking for some cheap headlines by naming the horse after the POTUS, but SA authorities were having none of it and forced the name change.

In the end, there are no rules beyond being inoffensive.

A horse with a name like Imperial Commander or Majestic Prince ended up suiting the accomplished bearers of those names, but countless racehorses with names suggestive of speed and power have undoubtedly flopped.

Does it matter, though?

A name like Arrrr (said like a pirate) is going to stick out on the racecard, yet it won’t matter much to the horse if punters are having a chuckle while they fill out the bet slip.

In the end, it’s what the horse does that matters, and the name will have no impact.

Yet, very often, we come across horses for whom the name seems to fit.

It captures there very essence of their character, success and, perhaps, a little piece of those that name them.