BENSALEM, Pa.--Ny Traffic, who placed a game second in the Haskell, and Mischevious Alex, winner of the Gotham Stakes, are both under owners who race at regularly at Parx: John Fanelli, Cash is King and LC Racing. 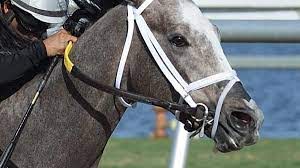 Ny TrafficBoth are in the top 10 for Kentucky Derby points, but who will run?

Ny Traffic gave Authentic a run for the money in the Haskell......Mischevious Alex may run at the Spa...Sept. 5 can't come too soon!

And a third horse, Math Wizard, a 4-year-old, also has Parx roots.

It was Pennsylvania Derby Day.

After finishing third in that debut, Ny Traffic is now a serious Kentucky Derby contender.

Math Wizard, of course, won that Pennsylvania Derby and appears to be back to his very best form.

Last Saturday at Monmouth Park, the horses raced just one hour apart _ Math Wizard finishing second in the Monmouth Cup and Ny Traffic, making an incredible run in the final 100 yards of the Haskell, beaten just a nose by 3-5 frontrunner Authentic.

IT WAS Parx owner John Fanelli who claimed Math Wizard for $25,000 on Jan. 31, 2019 and then went partners on Ny Traffic in a private sale after the colt did not meet his reserve at the May 2019 Timonium sale.

The Pa. Derby was incredible. The Ky. Derby?

“It’s obviously a dream come true,’’ Fanelli said. “I could have never said this would happen, especially after last year, for this to happen so quickly, back-to-back success in less than a year.’’

It has happened. And who knows what might still be possible?

Rather than go back to Gulfstream Park where they had been stabled, Ny Traffic and Math Wizard were shipped to Saratoga with trainer Saffie Joseph to take advantage of the cooler weather.

There are races at Saratoga for Math Wizard., and there is that race on the first Saturday in Kentucky for Ny Traffic.

Last year, Ny Traffic was a nice 2-year-old at Parx for trainer Harry Wyner who recognized the colt’s potential quickly.

The horse ran a few races perhaps too close together later in the year and then had some minor physical issues.

Since Ny Traffic was sent to Florida to train with Joseph and started running in longer races, the colt has been a revelation, each race better than the one before it.

As patterns go for the Derby, they don’t get much better.

Ny Traffic has 110 Derby points, fourth on the list behind Tiz the Law, Authentic and Honor A. P., then Art Collector is fifth, King Guillermo sixth. The points list is also the right list at this moment.

Ny Traffic is somewhere among the top six Derby contenders.

So Fanelli still owns 50 percent of Ny Traffic and Parx owners are responsible for a 90 percent interest in the horse.

In the final weeks before the Derby, this is the most Parx-centric major contender since Smarty Jones in 2004.