WELLINGTON, Fla.--The Palm Beach Masters Series has been awarded the Nations Cup of the United States for the next three years, beginning in 2019. 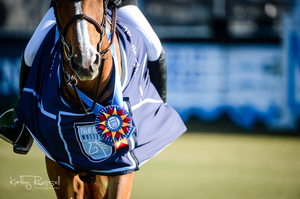 The 2019 CSIO5* event will serve as the only qualifier on U.S. soil for the 2019 FEI Jumping Nations Cup Final.

The other two qualifiers are held in Mexico and Canada, with the two nations that accumulate the most points through the three events qualifying for the Finals in Barcelona.

The Fédération Équestre Internationale (FEI is the organization that made the award.

The Nations Cup will be held Feb. 14 – 17, on the showgrounds at the Deeridge Farms in Wellington, Fla.,

A CELEBRATION of team competition, the FEI Jumping Nations Cup USA will not only host the Senior Nations Cup event, but also a Young Rider, Junior, and Children’s Nations Cups, respectively.

The event will bring together athletes at all levels of the sport of jumping from around the world.

The Deeridge Farms showgrounds, which feature both a Grand Prix turf arena and an all-weather footing arena, as well as a premiere hospitality tent for VIP guests, will provide an exciting environment for competitors and spectators alike.

The Palm Beach Masters Series also hosts an FEI Jumping World Cup qualifier, one of only 14 events in the North American League.