LEXINGTON, Ky.--Robert (Bobby) Costello, who recently led the Eventing team to a silver medal at the World Championships, has been appointed Eventing Technical Advisor/Chef d’Equipe effective today, Nov. 1, by the U.S. Equestrian Federation. 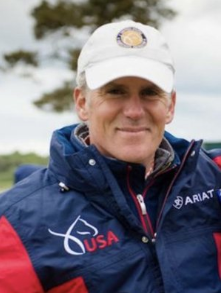 Bobby CostelloCostello had been serving as the interim USEF Eventing Chef d’Equipe and Team Manager, and he helped to lead the USEF  Eventing Team to a team silver at the Eventing World Championships in Pratoni, Italy.

Under his leadership, this success followed a series of failures of eventing teams to medal at international competitions.

Costello first became involved in the discipline of Eventing in the 1970s and has enjoyed a successful career as a competitor and coach for over 30 years.

He chaired the USEF Eventing Selection Committee for the Olympic, World, and Pan-American Games from 2013 through the 2020 Tokyo Olympic Games.

“IT IS AN immense honor to be named Technical Advisor/Chef d’Equipe for USEF Eventing,” said Costello. “I’ve been involved in the sport beginning with my first competition at the age of 12 and have been privileged to wear many different hats within the sport ever since. Being Interim Chef for the last seven months has left me with a clear idea of what is necessary in supporting our athletes in producing more exciting medal-winning performances for the U.S. As we look toward the Paris Olympic Games 20 months from now, I look forward to getting right to work collaborating with our top athletes, owners, grooms, and USEF Staff. I am deeply appreciative of this opportunity.”

“It has been an exciting few weeks for me as I transition into the United States Equestrian Federation," said Graeme Thom, USEF Director of FEI/HP Sport. "The role is a new one for me as it encompasses so many successful disciplines and their international Teams that have medaled repeatedly on the world stage.  In that light, I am delighted that Bobby will be extending his duties as USEF Eventing Chef d’Equipe and Team Manager with our WEG 2022 Silver Medal Team in Eventing. I have known Bobby for a number of years and was impressed with how he adapted to the interim role and supported our Eventers in Italy. I have no doubt that Bobby will be a constructive and encouraging influence as he begins the next leg of the journey to Paris 2024. I very much look forward to working with him.”

“Bobby has demonstrated his ability to lead the US Eventing Elite Team by engaging athletes, coaches, owners, and support personnel, fostering a positive team environment, and ensuring integrity and excellence throughout the program,” said USEF CEO Bill Moroney. “We are pleased to have Bobby on board in this role and look forward to the continued success of our Eventing program.”