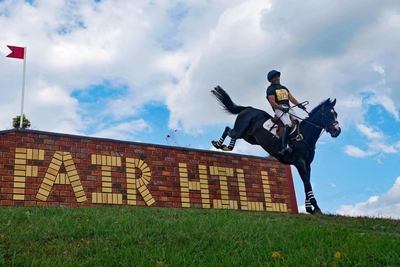 Tim Price at the 2021 Md.5* (Photo by Eclipse Sportswire)Fresh off his double bronze medal performance at the Eventing World Championship in Pratoni, Italy, Price is hoping to move up from his #3 spot on the FEI Eventing World Athlete Rankings, with just one point between him and World #2 Piggy March of Great Britain.

The Maryland 5 Star, October 13-16, is one of only two 5 Star level equestrian events of its kind in the United States and just the seventh worldwide.

The four days of eventing competition features dressage Thursday and Friday, Cross-Country over the Ian Stark-designed course on Saturday and Show Jumping Sunday.

A full list of entries is available on Maryland5Star.us/entries.