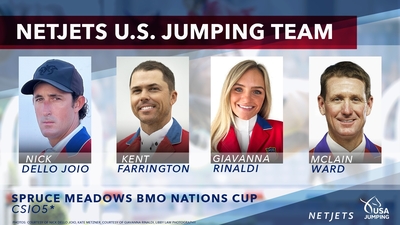 The team will be led by Chef d’Equipe Robert Ridland.

The following ridershave been selected to represent the U.S. Jumping Team and are listed in alphabetical order.

Ridland had previously said he was delighted to have two veterans in Farrington and Ward on his team for the first time in a long time.