LEXINGTON, Ky.--Andrew Philbrick of  Princeton, N.J., and Anne Kursinski of Frenchtown, N.J., were elected Directors of the U.S. Hunter Jumper Association, Philbrick as a Director-At-Large, Zone Council, and Kursinski as Director, Jumper Athlete. 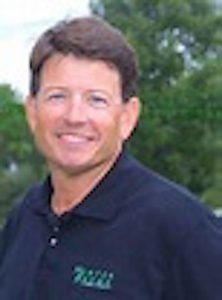 Andrew PhilbrickPhilbrick also serves on the Strategic Planning Committee and the Governance Committee.

"The U.S. Equestrian Federation has the responsibility of overlooking the sport of all the disciplines," said Philbrick. "The USEF is not involved with the day to day governance."

The USHJA has the responsibility of governing all hunter and jumper competitions, and everyone who competes in those disciplines is a member of USHJA.

"I hadn't realized how much responsibility USHJA had until I got involved with governance," said Philbrick.

"Every rule change is the responsibility of the Board of USHJA," said Philbrick.

The USHJA Board of Directors passes on all rule changes which are then send on to USEF.

"The Strategic Planning Committee rewrote the by-laws and also changed the Board of Directors to make it more streamlined," said Philbrick.

PHILBRICK also operates a barn with 40 horses and runs horse shows that run the gamut fro unrecognized local shows to shows with the highest ratings.

The U.S. Hunter Jumper Association Board of Directors elected four open Director-At-Large positions on Dec. 6, during their first meeting of the 2021 USHJA Annual Meeting.

These candidates were determined through a multi-step process.

Members nominated candidates during the designated nomination period of May 14 to Aug. 16, from which a slate of candidates was developed by the USHJA Nominating Committee.

All elected and appointed members of the Board of Directors will assume their duties immediately following the close of this year's Annual Meeting on Dec. 10.

Each position will serve a four-year term.