DEVON, Pa.---The Devon Horse Show and Country Fair kicked off its 125th anniversary with an induction ceremony honoring the inaugural "Devon Legends" at the Merion Cricket Club on Friday, Oct. 8. 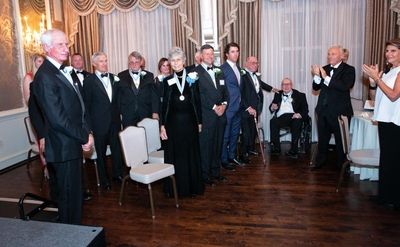 The 2021 Devon Legends (Photo by Brenda Carpenter)The prestigious group of inaugural honorees includes Olympians, national champions and other luminaries connected to the success of the Devon Horse Show and Country Fair.

This is the first time in the history of the distinguished competition at Devon that the legends of the sport have been recognized.

The Devon Horse Show and Country Fair looks forward to annually recognizing the many more legends that have made the event a unique and unparalleled horse show.

“Thank you to everyone who helped us celebrate our 125th anniversary year of the Devon Horse Show and Country Fair on Friday,” said Wayne W. Grafton, Chairman and CEO of tthe Devon Show and Foundation.“It was an honor to recognize our first class of Legends that have helped make Devon what it is today. We were excited to celebrate these remarkable individuals in the first of many such celebrations of our leaders, competitors and supporters. The Devon future is bright! We hope everyone enjoyed the evening and the rich history that has made our organization strong for future generations.” 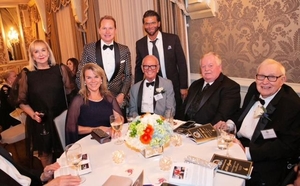 Sheila Connelly, Janet Crawford Hicks, Carson Kressley, Roderick Denault (accepting on behalf of Richard Ridge), John Guerrera, Rodney Hicks, and Devon Legend Edward Ochsenschlager (Photo by Brenda Carpenter)The "Devon Legends" include many of those outside of the historic Dixon Oval, which have helped create the magic that remains strong at the Devon Horse Show and Country Fair.

The final group of Legends being honored feature distinguished supporters who have worked to improve the event over many years, including Mr. Leonard A. King, Jr., and Mrs. Elizabeth R Moran.

"The inaugural 'Devon Legends' represented the top riders in the sport, as well as those who have helped make the Devon Horse Show and Country Fair the best event in the country for over a century." said Grafton. "We were thrilled to recognize the people that have given back to the sport and to the community in so many ways, and we are looking forward to this new chapter in this event's legendary history." 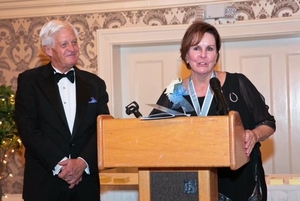