KENNETT SQUARE, Pa.--Leslie Carpenter, director of Willowdale Steeplechase, is one of three new members of the Board of Directors of the National Steeplechase Association, the governing body of jump racing in America, along with Jill Abbott, a director of Winterthur Point-to-Point. 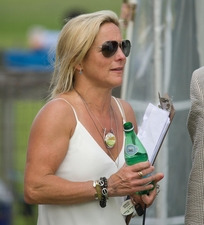 Leslie CarpenterLeslie White Carpenter, race director for the Willowdale Steeplechase in Kennett Square for the past eight years and the former director of the Pennsylvania Hunt Cup in Unionville for two, brings a background in development, public relations, and corporate marketing along with a lifelong love of horse sports to the 15-member board.

During her leadership tenure at Willowdale, the meet has tripled in attendance, sponsorship, revenue, and reserves.

Leslie’s vision goes beyond Willowdale as she regularly seeks to collaborate with other meets, and employ new strategies and initiatives to grow the sport and help it thrive.

Leslie lives with her husband, Bob Carpenter, in Wilmington, Del.

She has two children and three stepchildren.

The rest of the family includes a retired thoroughbred and three dogs.

JILL ABBOTT, a longtime major-event planner at Winterthur Museum, Garden & Library, has been race director at the 1,000-acre preserve’s largest fundraiser, the Winterthur Point to Point, for 15 years. 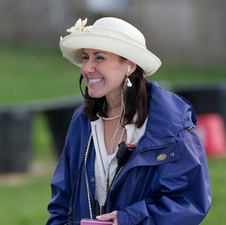 Jill AbbottThe Ridgewood, N.J., native came to Delaware to play Division 1 tennis at the University of Delaware and remained after graduation to work as a Staff Assistant for Gov. Michael N. Castle and U.S. Sen. William V. Roth, Jr.

Jill also has a masters of public administration from the Fels School of Government at the University of Pennsylvania.

Prior to joining Winterthur, Jill worked for the international public relations firm Burson-Marsteller.

Outside of the work, Jill is a board member of University of Pennsylvania Alumni Club of Delaware and a member of the Families of September ll.

She lives in Centreville, Del., with husband, Rich, and daughter, Mikki, a freshman at Franklin & Marshall College.

MOLLY OAKMAN, director of equestrian operations at the Tryon International Equestrian Center in Columbus, N.C., has served as executive director of the Tryon Block House steeplechase since 2017.

Molly brings a lifetime of equine experience and passion to her job.

Her journey with the Equestrian Center began in 2015 as community relations and events manager and progressed to overseeing all equestrian-related event logistics and competition licensing.

In 2018, she was a member of the FEI World Equestrian Games organizing committee.

Born and raised in Western North Carolina, Molly’s love for horses began on the Blue Ridge Hunter Jumper circuit at age eight, and she continued to compete through college.

Today, she enjoys being a “show mom” and groom to daughters Grady, who competes in the Interscholastic Equestrian Association, and Kelty, who does volunteer work with special needs miniature horses.

After receiving a bachelor’s degree in business administration from Gardner Webb University and working in healthcare marketing and public relations, Molly returned to her hometown in Rutherford County, N.C., where she became a state certified real estate appraiser.

The NSA board of directors oversees the regulation of steeplechase racing in the U.S., and manages the business side of the Association.

Each of the board’s 15 members is elected to a three-year-term, and members can serve two consecutive terms.

Approximately 500 licensed owners, trainers, and patron members are eligible to vote for board members.

The other two members exiting the board are Virginia “Gigi” Lazenby and Alfred Griffin Jr., the current NSA president.