Sue Ashe, Jimmy Lee and Susie Schoelkopf among those to be honored by USHJA

LEXINGTON, Ky.--Sue Ashe, Jimmy Lee and Susei Schoelkopf, longtome supporters of horse shows, are among those to be honored during the Evening of Equestrians virtual celebration, to be broadcast on December 5.

Recipients have dedicated their lives to furthering the disciplines of Hunters and Jumpers on a national platform.

Ashe is a trainer and judge.

As a junior, her riding skills earned her the AHSA Medal Finals win and third place in the Maclay Finals.

She has made numerous contributions to equestrian sport by developing young riders, serving in governance roles, and advocating for sport growth and development.

Sue AsheHe has officiated at prestigious horse shows in the United States and Canada.

Lee has trained many champion horses across breeds and disciplines, and he has given his time to serve on various committees and boards in the sport.

Schoellkopf has excelled as a rider, trainer, owner and judge.

According to her peers, she is a tireless promoter of the sport, which has positively influenced many.

She has built a premiere show stable in SBS Farms, and in addition to her professional work, has served on many committees.

Dr. Brad Wolf, of Memphis, Tenn., is the recipient of the Amateur Sportsmanship Award this year.

The award recognizes an Amateur Owner or Adult Amateur exhibitor who displays excellence and integrity by supporting the sport, fellow competitors and volunteering his/her time.

This award recognizes equestrians who have devoted their lives to teaching and mentoring riders beginning their education in the hunter/jumper discipline and following in the traditions of Jane Marshall Dillion.

Jones, also known as "Jonesie," bought her first pair of boots and a saddle from money she saved mucking stalls before and after school when she was young.

From her base at Hilltop Stable, she has profoundly impacted numerous students' lives.

Jones lives by the saying "the horse should always come first" and has encouraged many riders to live by the same motto.

She exemplifies all the qualities of a great trainer, according to students and friends.

She has taught hundreds of students of all ages the principles of horsemanship, to act with integrity, have empathy for the horse and demonstrate a strong work ethic.

Steege has more than 50 years of experience in equestrian sports.

Her hands-on approach combined with her horsemanship and sportsmanship skills have made her a standout in the equestrian world.

New this year, the USHJA is honoring licensed officials in the sport with the Licensed Official Emeritus Honorary Distinction.

In addition to these nomination-based awards, numerous other awards, including the President's Distinguished Service Award and Volunteer of the Year Award, will be announced during the Evening of Equestrians.

Recipients of all of the awards will be honored during the virtual USHJA Annual Meeting, presented by Equicore. 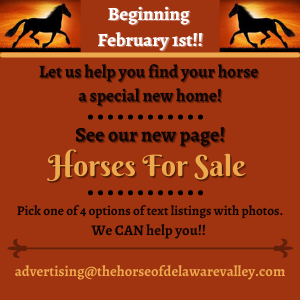