Many horse shows and races cancelled

Many shows, events and races have either been cancelled, or in the case of some races, will be run without any spectators allowed. 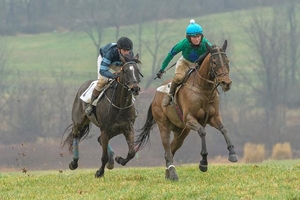 The Horse will daily announce any new suspensions or resumptions of events.

Check individual race tracks to see if they are running and if they allow spectators.

The USEF has announced that it has suspended all USEF owned events, selection trials, training camps, clinics, and activities for the next 30 days as of March 16.

The World Cup Finals in Las Vegas, scheduled for April 15-19, has been cancelled.

It strongly urged all horse shows also be suspended, but if shows do run, neither their points nor any money won will count towards year-end awards.

The Winter Equestrian Festival announced it has suspended the remainder of its season.

As of March 13, Cheshire is planning to run its Point-t- Point on Sunday March 29th. It is possible it will have no tents and limit spectators, or it may move the date. A decision may not be made until March 27th, which is when the Pennsylvania State government is planning to make a decision about re-opening schools.