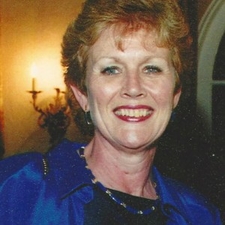 She was an excellent horsewoman and, among other things, enjoyed riding on Jaime O'Rourke's carriage.

She was a huge supporter of Ryan Wood, an Australian 5* event competitor, and attended all the events in which he competed.

Jane was also a talented golfer, and she loved the games she played with her husband Lou and brother Alistair.

Jane was a fine horsewoman, a talented writer and a great cook!

She was an avid lover of classical music, though her tastes were eclectic, and she loved to travel, she studied and understood history and was adamant that education should be the life-blood of all.

HER VIEWS on life were informed, broad-minded and she always practiced what she preached.

She was cosmopolitan in the best way possible; irrepressibly open in her actions and interactions, and most memorably, in her well-studied opinions.

She was an acute observer of humankind, a friend to all she met and knew, and she inspired those around her to strive to do their best.

Above all she was a wonderful, much-loved wife, mother and sister.

Jane was the axis upon which we spun.

She was wise, funny, clever, talented – and she always looked on the bright side of things, even when they looked bad.

She was a hugely positive influence in so many other peoples’ lives, as well as our own.

She is, and always will be, sorely missed.

She was a valiant lady, a brave fighter and the wind under our wings. She is irreplaceable.

SHE WAS born on Dec. 29, 1947 in Edinburgh, Scotland, the home of her father David Allan and mother Phyllis Fouracre, who came from Gloucester, England.

She was the identical twin of Aileen, younger sister of Catharine, and older sister of brother Alasdair and baby sister Phyllis.

Educated in Edinburgh, she graduated from James Gillespie’s High School for Girls, and began her working life with the Scottish Ministry for Agriculture and Fisheries.

She married her childhood sweetheart, Hugh Douglas McLeod, a navigating officer with the British Merchant Navy, in March, 1967.

Together they emigrated to South Africa in 1968, where Hugh was tragically killed in a car accident.

Jane returned to her parents’ home in Northern England where she resolutely picked up the shattered remnants of her life.

She took up riding and studied with the British Horse Society under whom she gained qualifications as an instructor.

She emigrated to the United States to join her twin sister Aileen in 1972.

They moved several times within the United States as a consequence of Lou’s career, and came to Kennett Square in 2002, where Jane was Director of Development at the University of Pennsylvania’s New Bolton Center, a position she took up in the fall of 1999.

She retired in early 2015, having completed a highly successful tenure as a respected, knowledgeable, ethical, enthusiastic fund-raiser.

Jane supported this Lakota Sioux Charity, because she felt keenly the injustices which have been perpetrated on the native peoples of this great continent, and because she made certain that the children of this school are being brought up to learn, know and understand their heritage.

Her service will be held privately.