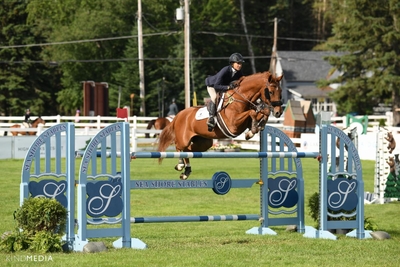 Laura Chapot on Gideon (Photo by KindMedia)One of the premier stops on the nation’s hunter-jumper horse show circuit, the Lake Placid Horse Shows run June 28-July 10, offering a full schedule of world-class competition with more than $600,000 in prize money.

Chapot rode three of the seven horses that managed to go clean over the one-round course designed by Nick Granat and turned in the three fastest times!