Over 100 presented for the jog at the Maryland 5*

FAIR HILL, Md.--All 76 horses entered in the CCU5*-L at the new Maryland 5* Event passed the jog on Wednesday, Oct. 13, and all but one of the 52 entered, Sharon White’s Cooley Kidaire, passed the CCI3*-L. 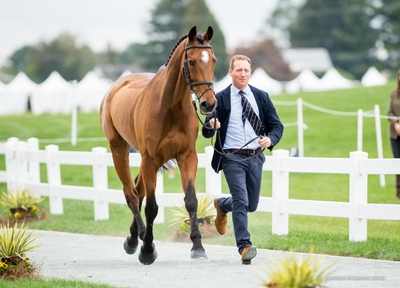 Oliver Townend (GBR), World No. 1 on the FEI Eventing World Athlete Rankings, with his accomplished gelding, Cooley Master Class (Photo by Shannon Brinkman)Over 100 horses were presented to their respective Ground Juries along a new jog strip recently put in by the Maryland Department of Natural Resources ).

The Maryland 5 Star at Fair Hill, one of only two 5 Star level events in the United States and just the seventh worldwide, runs Oct. 14-17 at the newly constructed Fair Hill Special Event Zone at Fair Hill in Elkton, Md, which is in  Cecil County.

The event’s prestigious 5 Star (CCI5*-L) designation is the pinnacle of the Olympic sport of Eventing, often described as an equestrian triathlon. 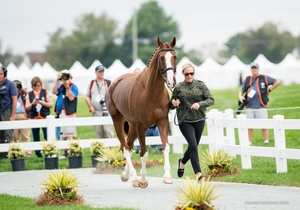 Meghan Pellegrini won the award for the 3 Star athletes.