SKILLMAN, N.J.--Princeton Show Jumping, under the leadership of owner Andrew Philbrick, has hosted a Young Horse Championship for the past 10 years, a competition that promotes the growth of the sport of show jumping and one that is much appreciated by breeders of sport horses in this country. 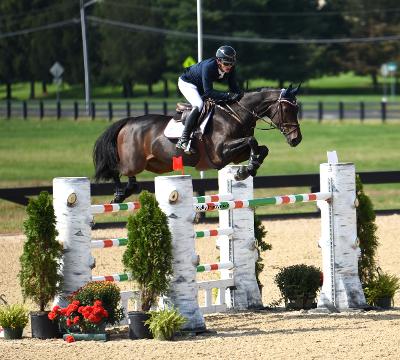 Mark Bluman finished first and second on Oakingham Lisa and Marilyn in the $30,000 Grand Prix at Princeton Show Jumping on Oct. 3 following Christian Coyle's win on Dekato in the $25,000 Grand Prix on Sept. 26.

Many of the European countries have developed their own breed of sport horses, and as of now most U.S. riders go to Europe to buy prospective or established show jumpers.

"The sport of show jumping is not growing in this country, unless you take into consideration the number of South Americans and Europeans showing hee," said Philbrick. "The Young Horse Championship promotes sport growth. We'rer behind Europe in that."

PHILBRICK took over the Young Horse Championships 10 years ago after a similar program foundered under the USEF, and for many years offered it without entry fees. 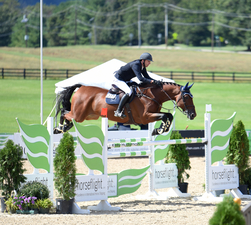 Christian Coyle on DekatoWhen Covid closed down showing, Philbrick could no longer offer the championship, and when it began again, Philbrick found that he had to charge an entry fee to prevent cheating.

"I sponsored it this year," said Philbrick. "At the moment, entry fees are back. There is technology that allows a horse's chip to be scanned at the ingate and sent directly to the office, but we don't have that yet."

Philbrick said that Princeton Show Jumping makes a big deal of the Championship, including a celebratory dinner and other amenities.

"It was well supported this year," said Phiobrick. "Joan and Louis Jacobs brought 10 young horses. The Championships runs over four days. We had $20,000 in prize money for the 7-yesr-old class. There were 10 really nice horses in the 4-year-old class."

Not only show jumpers compete at Philbrick's shows as a number of eventers have started using the shows as a place to hone their show jumping ability.

Will Coleman, who anchored the second placed Event team st Aachen, had been showing at Princeton Show jumping to prepare for Aachen, and Philbrick said that Phillip Dutton and Boyd Martin had also showed there.