PAU, France--There will be both eventing and driving from Oct. 21 to 25 at the Domaine de Sers in Pau. 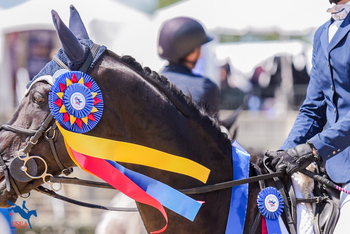 Pau is part of the very closed club of the CCI5*L, which includes only six competitions of the highest level in the world, among which Badminton and Burghley in Great Britain), but also Lexington in the USA, Luhmühlen in Germany and Adelaide in Australia.

This year, the health crisis forced the five other organizers to cancel. so Pau becomes the only CCI5*L of 2020 and thus the must-attend competition of the season!

PAU EXPECTS a number of top eventers such a World Champion Rosalind Canter of Great Britain, World number two Tim Price of New Zealand and a numer  of Englich eventers including such as William Fox-Pit.

The best leaders of the world will come to compete in this competition composed of a dressage, handling and marathon test, and try to win the supreme title.

This festive event, much awaited by the general public, has become a must-attend event in the southwest.

For five days, it celebrates equestrian sports, horses and the "art de vivre" in Béarn!