DEVON, Pa.--The Devon Horse Show and Country Fair , May 23 to June 2, will be bigger and better and more exciting than ever in its 123 year. 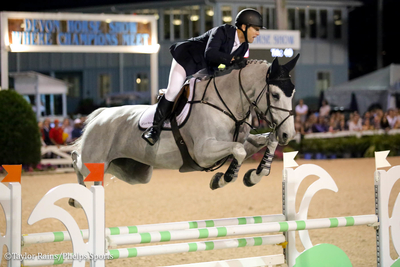 Mclain Ward, who boasts two Olympic team gold medals and one World Championships team gold medal, is a perennial Devon spectators' favorite who has been Devon Leading Open Jumper Rider many times, and he is returning to defend his win on Clinta in the $250,000 Sapphire Grand Prix of Devon.

Jorge Guilherme, who set the jumping courses at the Rio Olympics, will design the Open Jumping courses at Devon, and Capt. Mark Phillips, Olympic course designer and former chef d'equipe for U.S. eventing, will set the course for Arena Evening.

ARENA EVENTING returns for its third year and has become a huge favorite, drawing big crowds to watch top eventing riders compete over courses that take the riders from the Dixon Oval into the Wheeler ring and back into the Dixon Oval.

Phillip Dutton, an individual bronze medalist, and Olympic veteran Boyd Martin will compete in Arena Evening, which begins at 7 p.m. on Sunday evening, May 26.

Open Jumping begins at 7 p.m. on Tuesday, may  28 with the Jet Run Welcome Stake and continues Wednesday evening with the Devon International Speed Stake and Thurdsday oring at 8 a.m. with the Main Line Challenge.

"We have a real line-up of top talent coming on the Devon show grounds," said Show Chairman and CEO Wayne W. Grafton.

"We're continuing improvements on the show grounds," said Grafton. " We have spent $2 million in grounds improvements over the past four years."

"We have just made a new pledge to Bryn Mawr, a pledge of raising $2 million for the Hospital over the next five years," said Grafton. "It's a challenge, but we will have a great show."