​Hip number 899, a Union Rags colt out of the A.P. Indy mare Poco Mas, was bought for $1 million by trainer Jeff Mullins, who signed the ticket for Red Baron’s Barn and Rancho Temescal, during the third session of the Ocala Breeders Sales’ April 25-28 2-year-olds in training sale. 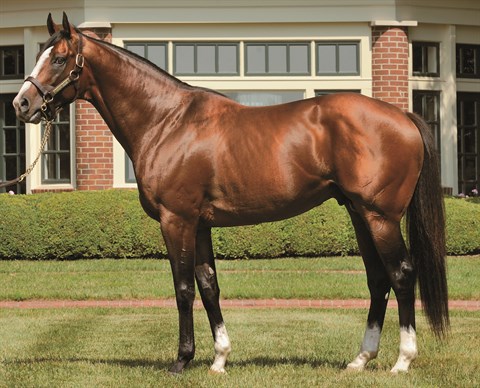 The bay colt’s dam is a half-sister to GI stakes winner Interpol, by English Channel.

​This 2-year-old was previously acquired for $60,000 by consignor Paul Sharp and Liz Crow as a Keeneland September yearling sale. He breezed a furlong in :10 1/5 during the under tack show.

​A Pa-bred Union Rags, hip number 412, a bay colt out of Exquisite Cassie, by King of Kings, consigned by Chadds Ford Stable, was bought by Diane Perkins post-sale for $35,000.

​EIGHT Pa-breds were sold and two were reported not sold during the April sale.

Hip number 1165, a chestnut filly by Violence out of The Calypso Myth, by Leroidesanimaux, who is Breeders Cup nominated, was consigned by Blackstone Farm LLC, and bought by Narvick International for $320,000.

Hip number 1043, a chestnut colt by Giant’s Causeway out of Silky Smooth, by Mr. Greeley, consigned by Chadds Ford Stable, was bought by Dr. Robert McMartins for $260,000.

Hip number 1065, a bay filly by First Dude out of Slew’s Quality, by Elusive Quality, consigned by Best A Luck Farm LLC, was bought by Conrad Farms for $120,000.

Hip number 552, a chestnut colt by Jimmy Creed out of Holiday Lights, by A.P. Indy, consigned by Blackstone Farm, was bought by Steven Young for $100,000.