DELTA, Pa.--In 2009, the late beloved trainer, Alan Seewald, said long before Uptowncharlybrown ever made his debut that he was the "best horse" he had ever trained. 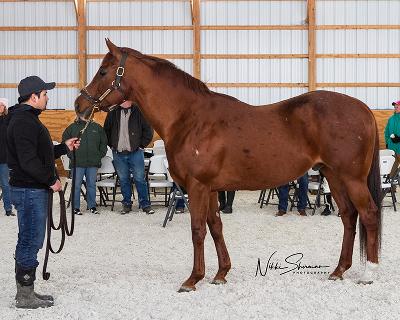 Alan was proven correct as he won his first two races, one a stake, with devastating ease.

Unfortunately, Alan died on April 12, 2010 as Charly was about to embark on the Triple Crown trail.

Charly suffered a soft tissue injury after the Belmont Stakes and was never the same.

He became a stud in 2013 bred to just a few modest mares to keep Alan's memory alive.

Well lo and behold, what Charly couldn't prove on the racetrack, he's more than made up for thru his progeny.

They hit the ground running and have never looked back.

He's consistently produced over 10 percent stakes runners from each of his first six crops.

His owner Uptowncharlybrown Stud LLC while racing only his progeny have placed in the TOP ONE PERCENT in the OWNER'S STANDINGS for the last four years!

Uptowncharlybrown's AEI/CI RATIO, which is the Average Earnings Index of HIS FOALS as compared to the Comparative Index of the mares that he's bred to is the HIGHEST in the Mid-Atlantic region; and, places him in the TOP FIVE Nationally. 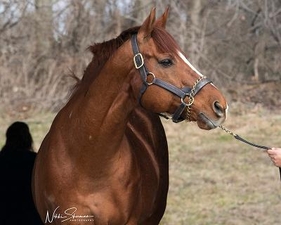 This means he moves his mares WAY UP.

Simply put, Charly produces foals comparable to the BEST STALLIONS in America despite being bred to modest mares; whereas, the much more expensive stallions are bred to REGAL PEDIGREE/GRADED STAKES Mares.

To date, the average Uptowncharlybrown foal earns $70,240 lifetime; with earnings of $7,000 per start.

For 2022 Uptowncharlybrown's stud fee is $7,500 due when the live foal stands and nurses.

Pennsylvania foaling mares receive a discount to $3,500; with mares foaling in Maryland and New Jersey, a stud fee of $4,500.

Uptowncharlybrown now standing at WynOaks Farm in Delta, Pa., just a few miles away from the Maryland border. 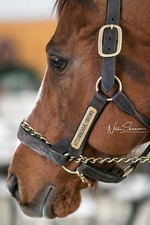 In the last four years, Charly has serviced over 225 broodmares.

Book your mare today to Pa/. and the Mid-Atlantic regions #1 SIRE!

You'll be glad you did.