Both Pa-breds and the get of Union Rags sold extremely well at the hugely successful Fasig-Tipton Selected Yearlings Sale in Saratoga on Aug. 7-8 that saw big increases in total sales, in average price and in median price as well as a big drop in yearlings not sold. 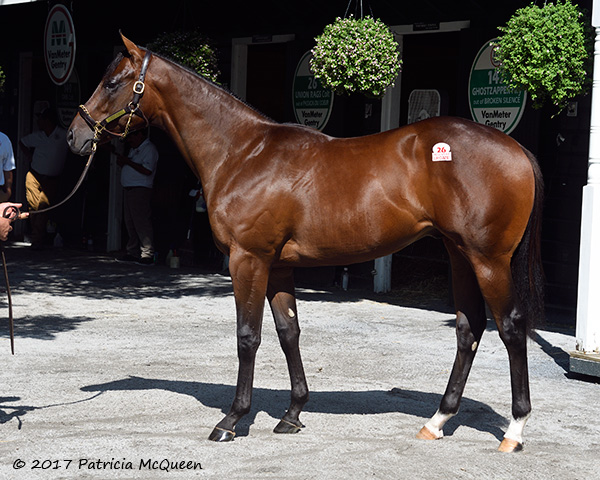 "There were eight of Union Rags' get in the Selected Sale, and seven of them found new homes," said Russell Jones, a highly respected bloodstock agent who sold his agency, Walnut Green, to Mark Reid and later retired, but now he helps his wife Donnan's cousin, Phyllis Wyeth, who bred and raced Union Rags, winner of the Belmont Stakes, and later retired him to stud.

"All of them brought fair prices and in some cases exceptional prices," said Jones. "Two were bought by Hartley/De Renzo thoroughbreds. Hartley and De Renzo are two very, very good pin hookers from Ocala, so that's a real endorsement."

"I thought the best colt was hip number 26, who was bought by Wayne Lucas for $650,000 for Robert Baker," said Jones. "It's a breakthrough when Wayne Lucas starts buying your yearlings."

"Overall, it was a very good sale," said Jones of the Selected Yearlings Sale. "You had to be a bad horse not to sell well. But boutique sales like Saratoga are not prime indicators of the market. We'll get a better feeling for the market after the fall sales."

The Selected Sale was followed the next week by a New York-bred sale, and Jones said that was a strong sale, too. 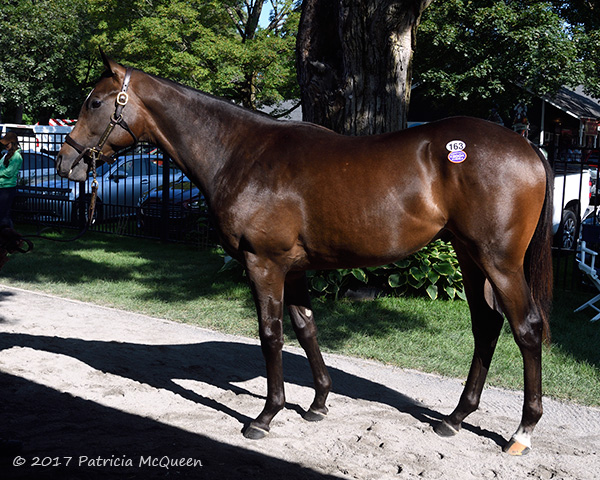 Hip number 12, a dark bay or brown colt by Orb out of Midnight Bliss, by Midnight Lute. bred by Blackstone Farm LLP, was bought by Juddmonte Farms for $375,000.

Hip number 168, a dark bay or brown filly by Ghostzapper out of Coppermine, by Unbridled's Song, also bred by Blackstone Farm LLC, was bought by Donegal Racing for $200,000.

Eight Virginia-breds went through the ring, with five sold for an average of $288,000, with a bay filly by Scat Daddy out of Bilboquet, by Smart Strike being bought by White Birch Farm for $600,00, making her the highest price Va-bred.

Two Maryland-breds went through the ring, with one selling, a filly by Scat Daddy out of Winning Season, by Lemon Drop Kid, for $155,000.

Mr. and Mrs. Roy Jackson of Unionville, Pa., bought a bay colt by Into Mischief out of Victorious Ami, by Victory Gallop, for $850,000, and Isabelle de Tomaso of Colts Neck, N.J., bought a chestnut filly by More Than Ready out of Joffe's Run, by Giant's Causeway for $300,000.

Yearlings not sold dropped from 47 last year to only 38 this year.

This was a record median, the second highest for gross sales, the second best average price and a remarkably low buy-back rate.

While in past years, a few very high priced yearlings brought the average up, this year only two sold for $1 million, while many brought very good prices, including 30 that sold for $500,000 or more.

"There was remarkable depth in the buying pool between $200,000 and $750,00," said Fasig-Tipton President and CEO Boyd Browning. "Just enormous competition. Horses were exceeding their reserves by two, three and four times in many, many instances, and you'd see it consecutively."

"That demonstrates a really healthy marketplace and It also demonstrates the consignors generally speaking are very realistic in setting their reserves." said Browning. "The buyers are competitive and have a real appetite for quality horses.”
"I saw the correlation and the closeness between the average and the median of a sale, and it just shocked me," said Browning. "It shocked me that the two were so close. I've been doing this a  long time, and I honestly can't recall ever seeing as close a relationship at an upper level sale of the average and median that we've seen over the last two nights."

"One of the strengths of this sale is the quality of the horses that were on display," said Browning. "It's not just our inspections team, which I think does a hell of a job and has done for many, many years. It's the integrity of our team. We have a committed team that cares about the industry."